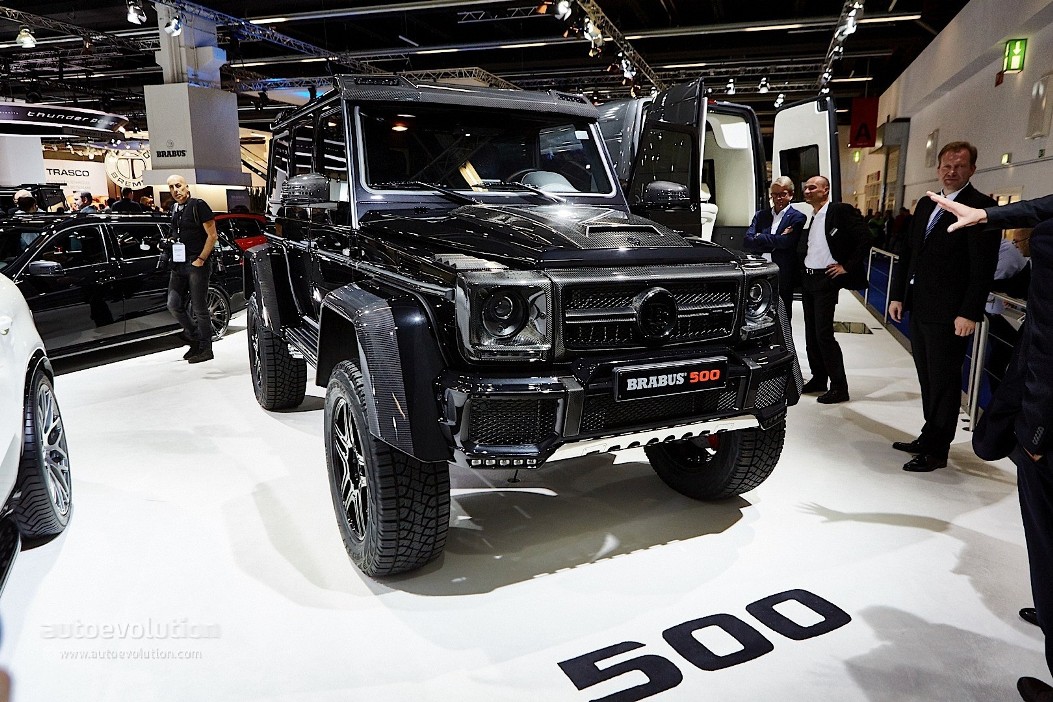 The annual Frankfurt Motor Show provides tuning companies a venue to show off their latest creations in the automobile world. The 2015 edition of the event was no different as automobile manufacturers and tuning specialists from all around the globe gathered to flaunt their ingenuity for all automotive enthusiasts to see. Brabus was among the collection of tuners to bring in their latest projects to the fifth largest city in Germany. Two of the projects the tuner unveiled were a Mercedes-Benz G500 4×4² and a Mercedes-Benz G63 AMG, as shown on a report from autoevolution.com

With the Mercedes-Benz G500 4×4², Brabus decided to increase the power output of its 4.0-liter twin-turbo V8 engine from 422 HP to 500 HP. Due to this, the “500” designation truly reflects the potential of this monster of a vehicle. In addition to increasing its power, Brabus also increased the torque of the G500 4×4² by 100 Nm.

These upgrades allow the Mercedes-Benz G500 4×4² to go toe-to-toe with a hot hatch when it comes to acceleration since it is now capable of accelerating from 0 to 62 mph or 0 to 100 km/h within 6.9 second. This is quite notable for a luxury SUV featuring portal axles. It also has a top speed of 130 mph or 210 km/h. 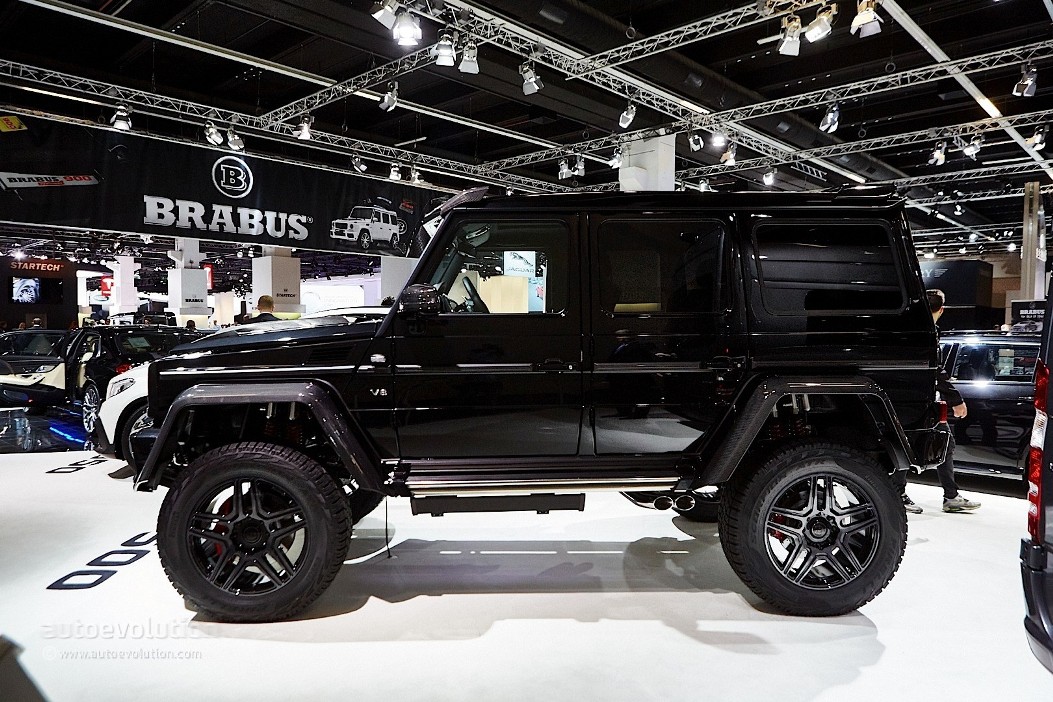 The tuner also installed a stainless steel sports exhaust with butterfly valves into the G500 4×4². Its exterior was also given a number of carbon fiber components along with an under-the-floor lighting. Large-sized black alloy wheels featuring a dual five-spoke design completed the overall exterior of the Mercedes-Benz G500 4×4²

Mastik black leather featuring arrow-shaped quilting was used in the cabin. Red seams provided a suitable contrast to the interior of the G500 4×4². A number of areas of the interior were wrapped in Alcantara, including the headliner. The look was accented with carbon fiber components. The tuner also gave the G500 4×4² stainless steel scuff plates featuring an illuminated logo of the tuner as well as power-retractable side steps.

As for the second G-Wagon, Brabus upped the ante as it increased the power output of the Mercedes-Benz G63 AMG to 850HP. The Brabus 850 6.0 Widestar utilizes a modified 5.5-liter twin-turbo V8 engine of the G63 AMG. The tuning specialist bored out the cylinders to increase its displacement to 6.0 liters. The modification also increased the torque of the Brabus 850 6.0 Widestar 1,069 lb-ft. 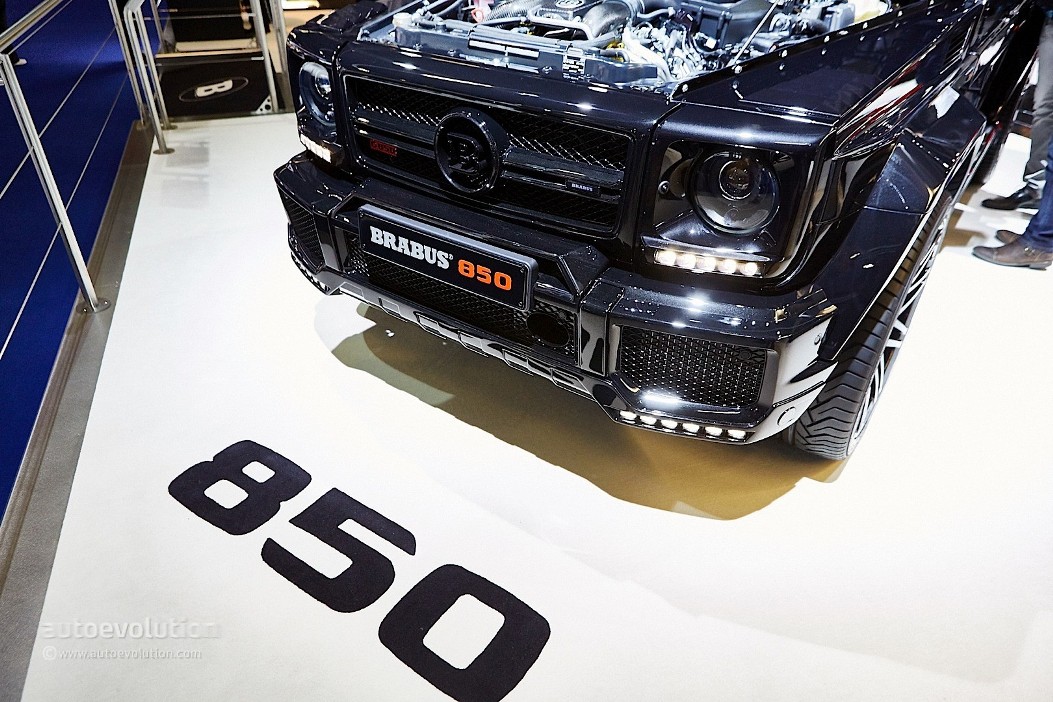 Aside from boring holes into the cylinders, Brabus also installed forged pistons, as well as a balanced billet crankshaft. The cylinders were also optimized by the tuner for an enhanced gas glow. The most notable upgrade was the installation of Gold Heat Reflection sheathing that maintains low intake temperatures.