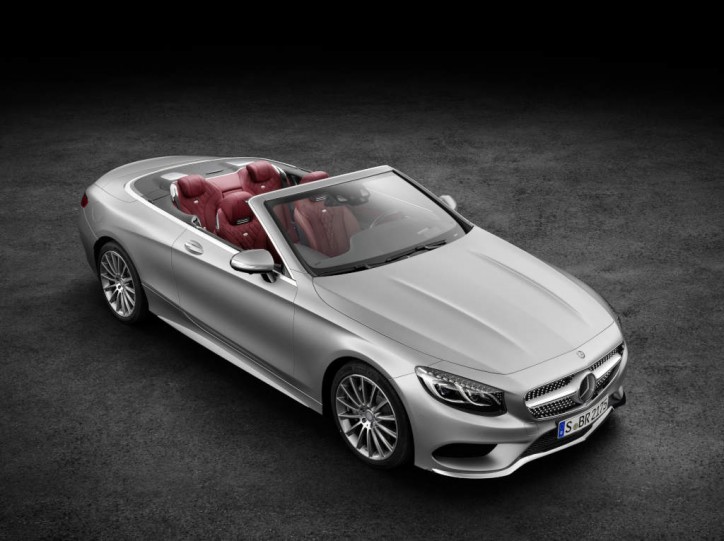 After teasing the S-Class Cabriolet, Mercedes-Benz finally released the official photos of the convertible showing its luscious design.

Based on the Press Release of the automaker, the upcoming variant is the first top-down flagship of the brand since 1971. This makes the Mercedes-Benz S-Class Cabriolet the spiritual successor of the classic 220 SE Cabriolet.

The new cabrio will have its world premiere at the Frankfurt International Motor Show this September. The source mentioned the range-topper would be in the form of the S63 4MATIC.

Mercedes said that the Mercedes-AMG S63 4MATIC Cabriolet is equipped with a 5.5-liter biturbo V8 engine. Its output is rated at 577 hp and 664 lb-ft of torque. The numbers push the car from zero to the 60 mph mark in just 3.9 seconds.

An S550 model with a 4.7-liter V8 engine is said to be the entry-level model of the car. This and its Mercedes-AMG version will be showcased in Frankfurt this month.

The Mercedes S-Class Cabriolet follows the striking styling of its coupe counterpart. Around 60% of the coupe’s body features have been carried over to the convertible.

However, its maker takes pride in its new features such as its automatic wind protection and heating system dubbed as the Aircap, plus its Thermotronic intelligent climate control. The  luggage compartment bulkhead of the car has also been reinforced by aluminium and magnesium. The flooring gets aluminum materials as well to significantly reduce its overall weight.

Check out more photos of the upcoming flagship convertible of Mercedes in the gallery below: