Mercedes-AMG GT S Vs Audi RS7: Which One Wins? 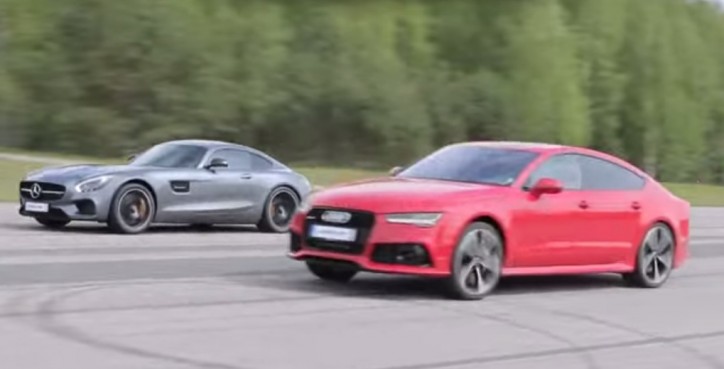 Which one will win between the Mercedes-AMG GT S and the Audi RS7 in a race? This might be a tough choice since we are looking at two powerful cars here around the 500 hp bracket.

First, let’s look at the key specs of the Mercedes-AMG GT S. The car has a 4.0-liter biturbo V8 engine capable of producing up to 503 hp and 479 lb-ft of torque.

The power of the car is distributed to the rear wheels via a seven-speed dual-clutch automatic transmission gearbox with manual mode. It has a curb weight of around 3,000 lbs.

Overall, the figures allow the car to sprint from zero to 60 mph in only 3.5 seconds. Then it has a top speed of 193 mph (electronically-limited).

The power of the car goes to all its four wheels, and it is distributed by an eight-speed automatic transmission gearbox with manual shifting mode. On the other hand, its curb weight is at 4,450 lbs.

The numbers translate to an acceleration from zero to 60 mph in merely 3.4 seconds. Moreover, its maximum speed can go up to 174 mph (electronically-limited).

And the Winner Is…

Provided that we are looking at two stock cars, it looks like the RS7 has an edge over the GT S in terms of power. However, the Mercedes has a lighter body because it only houses a two-seating capacity as opposed to the Audi’s four to five seater design. This element might give it a fighting chance.

So let’s watch what happens when these two go head-to-head in a race: