Mercedes-AMG GLS 63 Spied While Being Tested 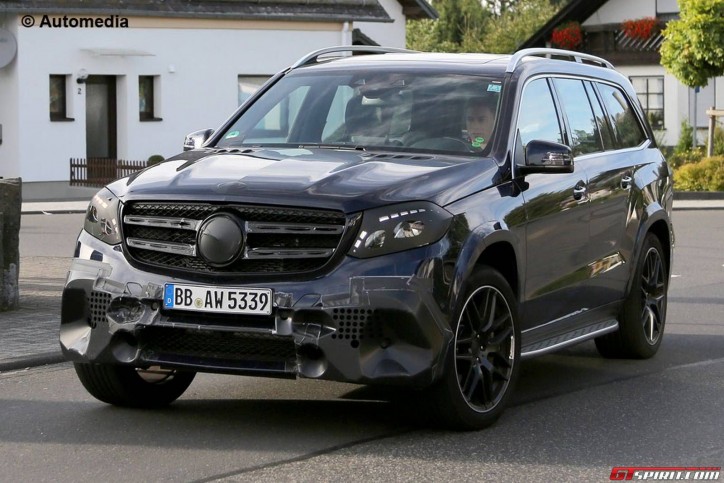 Mercedes is yet to unveil the successor of the GL, which is the GLS. But recently, spy shots of the Mercedes-AMG GLS 63 have began surfacing already online.

In the spy pictures released through GTSpirit, the SUV could be seen with minimal camouflage. The covered portions are the bumpers, lights grille and logo.

So what gives the vehicle away as an AMG model?

Simply by looking at the outline of its bumper, one can see that it is sportier. It is also fitted with large intakes, and the fenders appear wider than the previous versions of the SUV that we have spied roaming the streets so far with a small amount of camo.

In addition to the said features, the unit appears to have extended side skirts as well as the standard blacked out wheels of AMG. Then going around the rear reveals quadruple square tailpipes while the wrap going from the rear bumper down to the base of the auto hint a revised diffuser.

Check out the gallery below for more images of the partially camouflaged Mercedes-AMG GLS 63:

The Public Debut of the Mercedes-Benz GLS

It is not officially clear yet when the GLS will be unveiled to the public. However, according to the source, it will make its debut at the 2015 Frankfurt Motor Show, which will be held next month.

The GLS will most likely be offered as a 2016 model. As for its AMG variant seen here, it will certainly be unveiled a few months after the premiere of the SUV’s standard model.