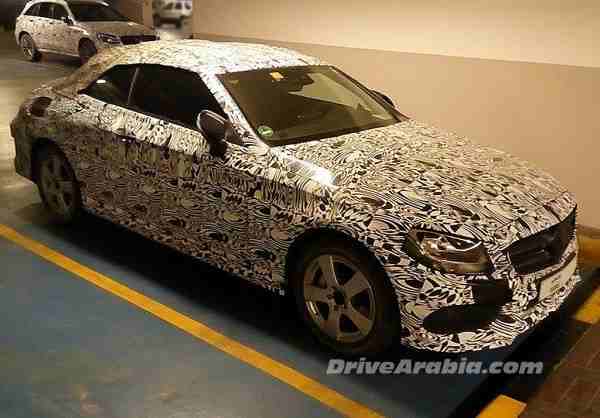 A fleet of vehicles with heavy camouflage were caught on spy photos recently. Among them was what appeared to be the Mercedes-Benz C-Class convertible.

According to DriveArabia, the spy shots seen above and in the gallery below came from several of its readers. These were all taken on the streets of Dubai.

Now what is the car doing there with the other fleet of Mercedes prototypes? The source claimed that the city is considered to be the hot-weather testing ground of the three-pointed star marque and other automakers.

Seen in one of the photos alongside the C-Class Cabriolet are the test units of the GLC and the new E-Class. Seeing the already unveiled GLC in one of the pics only mean that the particular image must have been taken earlier than the rest.

Currently, Mercedes is tight-lipped over their Mercedes-Benz C-Class Cabriolet. But as expected, it will carry the same styling elements found on the upcoming C-Class coupe. The interior will benefit from the same combination of leather and wood upholstery found on the coupe as well. Even the engines options will most probably mirror the ones offered under the C-Class coupe.

Although no official statement about the C-Class cabrio has been released by its maker yet, it is speculated to come out after the release of its coupe counterpart just before 2015 ends or by early next year.

Check out the other spy pictures of the car in the gallery below: