SEND US A TIP
Technology, Videos
0 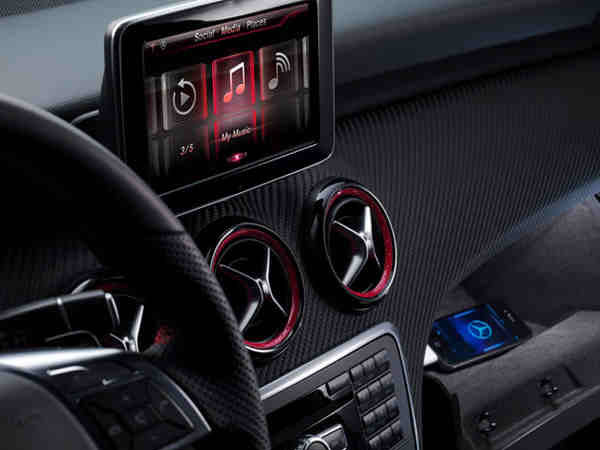 After two professional hackers successfully took control of a stock 2014 Jeep Cherokee, security experts have turned their eyes to the biggest players in the luxury car market namely Audi, BMW, and Mercedes-Benz. They are worried that the growing reliance of the said brands to technology, especially in automating many features of their vehicles, might make them vulnerable later to hacking.

Early last year, we posted the question whether a Mercedes car can be hacked. Forbes answered that through a YouTube video showing Charlie Miller and Chris Valasek taking command of a car by connecting to its CAN (controller area network) bus. Although the specimen wasn’t a Mercedes, it just showed that it is possible. But the process involved a lot of work like dismantling the dashboard of the auto in order to connect to its system.

Recently, the same guys who made the video showed a significant development in their exploit. This time, everything was done wireless. Also unlike last time wherein the two hackers were only positioned behind the driver, the new video showed them miles away from the vehicle being hacked.

Based on the video demonstrating the feat of Miller and Valasek, the two simply took advantage of the vulnerability found in the cellular connection called uconnect within the entertainment system of the Jeep. With that, they were able to manipulate the wipers, sound system, speedometer, and air conditioning unit of the auto. What’s worse was the hackers were able to display that they could even turn off the engine of the Cherokee as well as steer, brake, lock, and accelerate the vehicle.

Here is the latest video of Miller and Valasek showing how they took control of a Jeep Cherokee:

Are the Current and Future Mercedes-Benz Cars Safe from Hacking?

It is no secret today that among the key targets of Mercedes-Benz is to develop a self-driving car. The tons of technological advancements in the 2017 Mercedes-Benz E-Class will take the brand closer to its goal.

With the demo of Miller and Valasek, some are asking now whether transforming cars into computer on wheels is really necessary? While the technology offered by cars are complex and no hacking crimes involving them have been reported to the authorities yet, people couldn’t just dismiss the ingenuity coupled with the determination of hackers.

According to Mercedes spokesman Benjamin Oberkersch in his interview with Automotive News, he expressed his confidence that their cars are safe. Though he admitted that while 100 percent safety isn’t possible, he pointed out that the systems of Mercedes-Benz are dependable. He stated that it is up to date and tested by internal and external experts.

Other automakers responded to the possible weaknesses in their systems too by rolling OTA (over-the-air) security updates for them. As for Jeep who was the recipient of hacking in the video, Fiat Chrysler decided to recall 1.4 million of its units after the hackers shared their results with the company.

A Warning to Automakers

Miller and Valasek are planning to share a portion of their code at the Black Hat Security conference next month, which will be held in Las Vegas. They cleared out that their purpose for releasing the code is not to allow hackers to gain access to the vulnerabilities of uconnect. Instead, they are only doing it to convince automakers that their products have the possibility to be hacked.