Check Out This Mercedes C63 AMG From Mod Auto 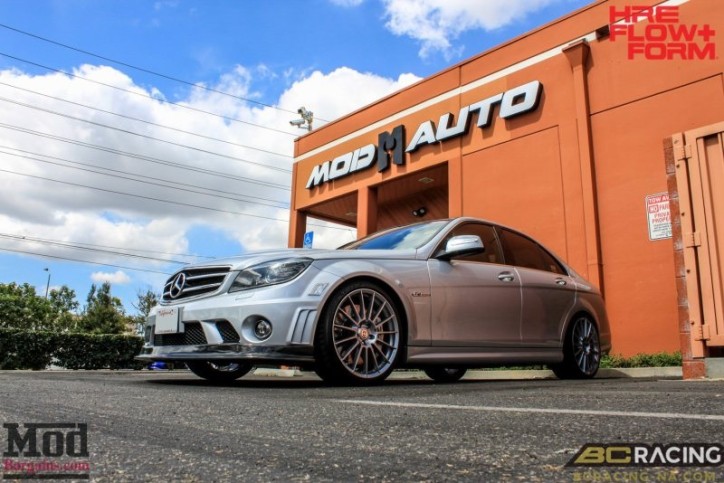 Mod Auto just unveiled the Mercedes C63 AMG (W204) it has been working on. It still appears to be a work in progress, but so far, its specialists have given the car a major facelift and some performance enhancements.

According to the blog of the modder, the C63 AMG benefited from the wide body kit of the company. It was fitted with a new front bumper that comes with new canards, extra pair of head lamps, and R Style carbon fiber front lip spoiler specially designed for the car. Going to the rear, a big fin style carbon fiber rear diffuser was installed.

Then the ER Series of BC Racing Coilovers were placed in the car to reduce its damping rate in order to boost its handling and overall performance on the road.

There was no mention about any tweaks in the engine of the C63 AMG. But a much earlier post of the tuner said its specialists gave the car a new exhaust system. Thus, it is likely that they also tinkered with the power unit of the auto to give it a little boost in output.