SEND US A TIP
Company, GLK
0 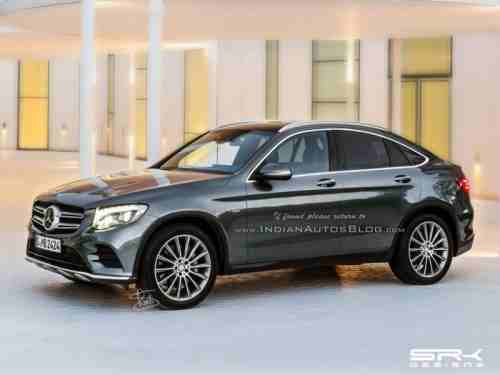 A rendering of the 2016 Mercedes-Benz GLC Coupe. (Photo Source: IndianAutosBlog)

After successfully unveiling the Mercedes-Benz GLC, the three-pointed star marque confirmed that the range will also get a Coupe version according to Automotive News. The Mercedes-Benz GLC Coupe will be getting hybrid and performance variants too.

With the standard GLC scheduled to go on sale in mid-November this year, its coupe version is planned to be rolled out in dealerships by next year. No exact date was revealed for its sale though.

Among the special GLC Coupe models specifically mentioned by Daimler CEO Dr. Dieter Zetsche in his statement were the GLC 350e and the GLC 450 AMG Sport. The GLC 350e will be the plug-in hybrid variant of the coupe. On the other hand, the GLC 450 AMG Sport will be the most powerful version of the model. The report noted that the GLC coupe will not have a full-blown Mercedes-AMG version.

The GLC coupe was described as a downsized version of the GLE Coupe by the source. Therefore, it should be similar to the Mercedes-Benz GLC Coupe concept, which was showcased last April at the Shanghai Motor Show.

Mercedes board member Ola Kaellenius revealed in the article that the target markets of the Mercedes-Benz GLC Coupe are U.S. and China.

The standard model of the SUV coupe will be the GLC 300. It will be equipped with a 2.0-liter four-cylinder engine with 241 hp and 273 lb-ft of torque. It will feature the nine-speed G-tronic automatic transmission of the automaker. The coupe will simply mirror the engine specs offered by the standard GLC.