Mercedes-Benz Gets Ready to Compete Against Tesla in Battery Business 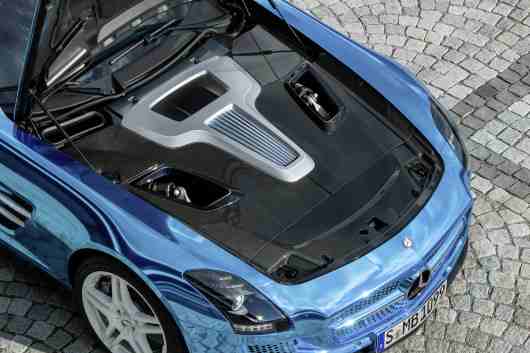 Mercedes-Benz electric car batteries will soon be powering homes too.

Mercedes-Benz is gearing to enter another portion of the market. According to Australia’s Motoring, the three-pointed star marque is looking to bring its electric vehicle battery technology to households and businesses. If this comes into fruition, it would pit the company directly against Tesla’s own plans.

Around last month, Tesla announced that it will be offering its Model S battery technology to households and businesses. This will let home and business owners store excess electricity from the grid to be used again for powering up various appliances or equipment.

However, while all the attention about this subject has been focused on Tesla, Mercedes-Benz has already made its own lithium-ion battery that provides the same function. The report said it will be out commercially by September this year.

Through the ACCUmotove subsidiary of Daimler, the German automaker will be expanding its energy-storage market to heavy industry, supermarkets, and households. But as we speak, Coulomb is presently utilizing the first stationary energy storage setup of the luxury car producer in the Saxony Kamenz power grid.

Currently, the 96 Li-ion battery developed by ACCUmotive can store approximately 500 kWh of energy. Later, it plans to increase the capacity of the unit to 3000 kWh, the source claimed.

The potentials of this technology can be great for households. Based on the statement of Harald Kröger, the head of Mercedes-Benz cars electrics/electronic development, homeowners can combine the battery with their own photovoltaic systems. That means, the unit can also trap excess solar electricity without any energy loss.