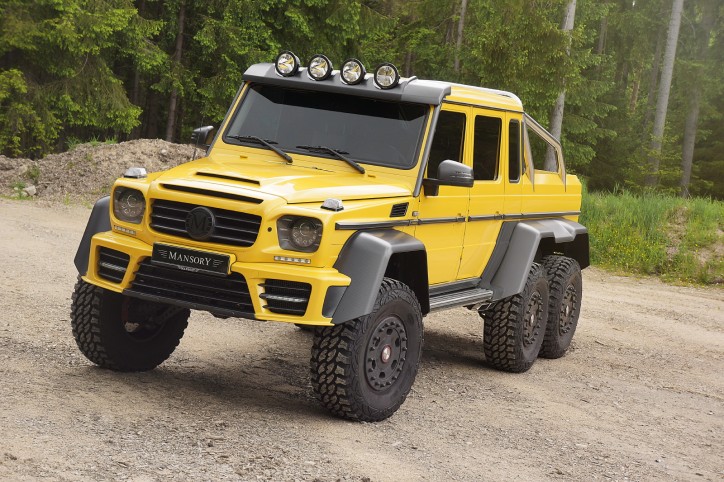 Sadly, the production of the Mercedes G63 AMG 6×6 has already come to an end last April. The reason behind the move is to limit the number of the six-wheeler and ensure its rarity. The exit of the auto is also to pave way to its successor, the Mercedes-Benz G500 4×42.

Recently, Mansory released some photos of its new work on the Mercedes G63 AMG 6×6, which can be considered as the final salute of the tuner to the behemoth. The tuner called it the G63 6×6 Gronos. The upgrades feature a significant boost in the engine of the six-wheeler plus some body enhancements.

Starting from under the hood of the auto, Mansory tweaked the vehicle’s 5.5-liter biturbo V8 engine to bring its output from 536 hp to a whopping 828 hp. The torque was greatly increased too from 560 lb-ft to 738 lb-ft.

The extra kick was achieved through some reconfigurations in the power unit of the G63 6×6 Gronos that included the installation of new pistons, big end bearings, connecting rods, cylinder head, crank, and exhaust system.

As for the improvements in the body of the 6×6, Mansory fitted it with carbon fiber elements. These can be found in the mirror casings, hood, grille, roof lighting system frame, and all other components not found in the factory model of the auto.

Check out the rest of the photos of the Mansory Mercedes G63 AMG 6×6 in the gallery below: