Reasons Why You Should Own a Mercedes-Benz 280SE 3.5 Coupe 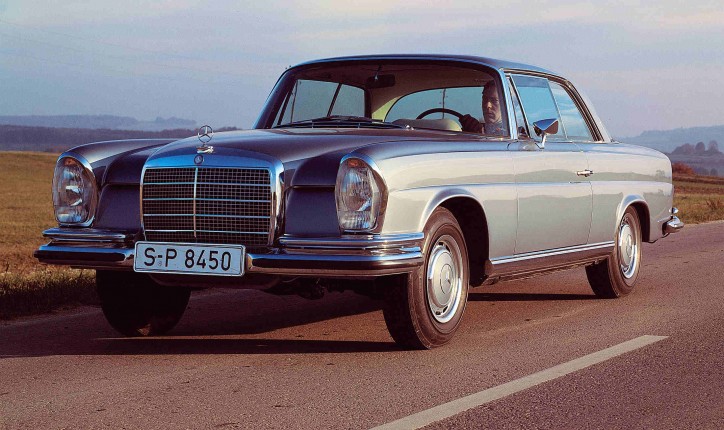 If you are looking for an investment and you happened to be a car fanatic, you should get the next best thing in Mercedes-Benz today. We are not talking here of the latest S-Class or anything in the existing lineup of the three-pointed star brand because the car that will give the most value for your money is the Mercedes-Benz 280SE 3.5 Coupe according to Bloomberg.

Here are the reasons why it would make a good investment:

First, the styling of the Mercedes-Benz 280SE 3.5 Coupe came from the mind of the renowned Mercedes-Benz head of design Paul Bracq in 1969. Bracq held the position in the company from the 1960s to 1970s. After his stint in Mercedes, he went on design the high-speed TGV train in his home country.

The car emitted an aura of sportiness and luxury with its squared off grille, lowered suspension, plus opulent leather and wood veneer combination in its interior. This made it stand out from its sedan counterpart.

In addition to these, it incorporated a built-in passenger safety cell. It was among the first cars of the world to do so. The new feature enabled its front and rear to crumple upon impact so that the energy during collisions would be absorbed by those moving parts and protect the car’s occupants. It was also among the units to integrate the new three-point seatbelt.

The engine of the car was another thing that made it famous. It innovated the W111 lineup by putting a revolutionary 3.5-liter V8 power unit as a replacement to the usual inline six-cylinder engine of its predecessor.

The result was 66 percent more power than its sedan brother. Then maximum speed was increased to 20 mph, and its sprint from zero to 60 mph was better by seconds compared to the inline six-cylinder models of its brand.

The report, citing Hagerty Insurance Company, said that the late models of the 280SE 3.5 Coupe have gone up in terms of value by almost 70 percent in the past two years. Currently, a model in good running condition could be availed through a bargain price of $48,000. Mike Kunz, the director of the Mercedes-Benz Classic Center, claimed the 280SE 3.5 Coupe’s value is projected to increase in the following years.

Looking at the later W111 convertible units, their prices have increased over the years. The W111 convertible’s value is presently at $150,000 to $200,000. The source attributed its rise in fame partly due to its appearance in major films like The Hangover. Market trends indicated too that the value of other classic units like the 300 SL, 190 SL, and the 230/280SL have been observed to grow in the past five years alone.

Kunz noted that the price of the W111 coupe has been rising as well, particularly the one equipped with the 3.5 V8 engines. So with the convertibles getting out of reach in terms of price, consumers should watch out for the 280SE 3.5 Coupe while they are still affordable. He stated, “the coupe next best thing,” referring to the 280SE 3.5 Coupe.