SEND US A TIP
CLK, Motorsport
0 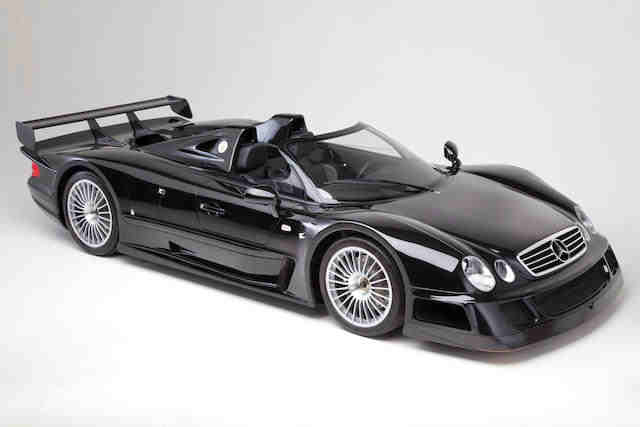 One of the very few Mercedes-Benz CLK GTR Roadster ever produced.

A very rare Mercedes-Benz CLK GTR Roadster has been confirmed to hit the auction block soon. According to Motor Authority, the race car featured in the picture above will be sold by Bonhams to the highest bidder in one of its events that will be held at the Goodwood Festival of Speed in June.

The source claimed Bonhams is expecting the car to fetch around $2.2 million to $2.8 million. So what makes it that expensive?

The Mercedes-Benz CLK GTR Roadster is just one of the six units ever produced by the three-pointed star brand. There are at least 20 of these that were released as coupes, but the roofless ones are limited to just six.

The auto belongs to a Dutch collector who was not named in the report. The race car only has six kilometers or less than four miles under its clock.

The CLK GTR was originally made for GT1 racing. It competed 22 times in 1997 and 1998. It won 17 races and took 17 pole positions during its tenure. Most importantly, it bagged the Drivers’ and Constructors’ Championship in the two years it raced.

Though its production came to an end in 1999, Mercedes-Benz had to proceed making the road versions of the CLK GTR due to homologation rules. Among them was the roadster version seen here.

The Mercedes CLK GTR Roadster is equipped with a 6.9-liter V12 engine similar to other racing cars. It has been configured to deliver up to 604 hp and 572 lb-ft of torque. Then its acceleration from zero to 62 mph can be achieved in less than four seconds while its top speed can go around 200 mph.