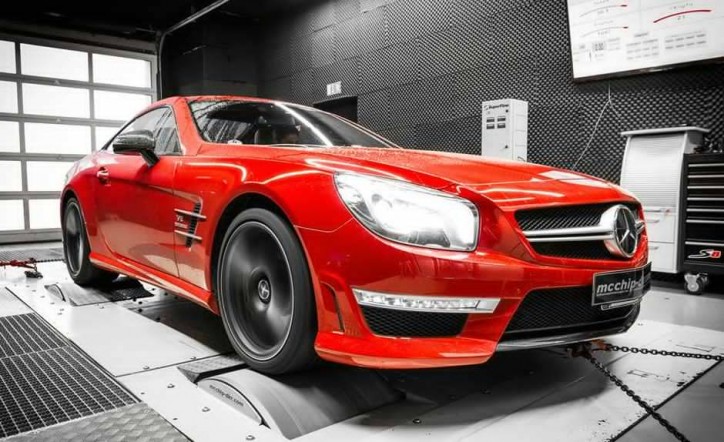 The new work of McChip-DKR involving the Mercedes SL 63 AMG was just revealed. From what we’ve learned about it, it’s nothing short of amazing.

According to Motorward, the tuner reconfigured the M157 5.5-liter biturbo AMG V8 engine of the SL 63 AMG to give it more output. A stage 3 upgrade kit that included ECU remapping raised the original 585 hp and 800 Nm of torque originating from the engine of the car to 712 hp and 1,080 Nm of torque.

The numbers even surpassed the output of the SL 65 AMG. It should be noted that the 6.0-liter biturbo V12 engine of the convertible has 630 hp and 1,000 Nm of torque.

The report did not mention about the acceleration and the top speed of the McChip Mercedes SL 63 AMG. However, in its standard form, it could go from 0 to 100 km/h in only 4.2 seconds with a top speed of 250 km/h, or 300 km/h if equipped with the optional AMG Driver’s Package. The SL 65 follows the same maximum speed limit but with a faster acceleration from a complete halt to 100 km/h at 4 seconds. The McChip-tuned SL 63 AMG’s sprint must be somewhere along the rating of the SL 65 AMG or better.

Aside from the remapped ECU, the specialists of McChip also tinkered with the codes of the car’s fuel injection, valve control, throttle control, and ignition systems. The SL 63 AMG benefited as well from a Capristo exhaust system to further boost its performance and make its engine noise sweeter.