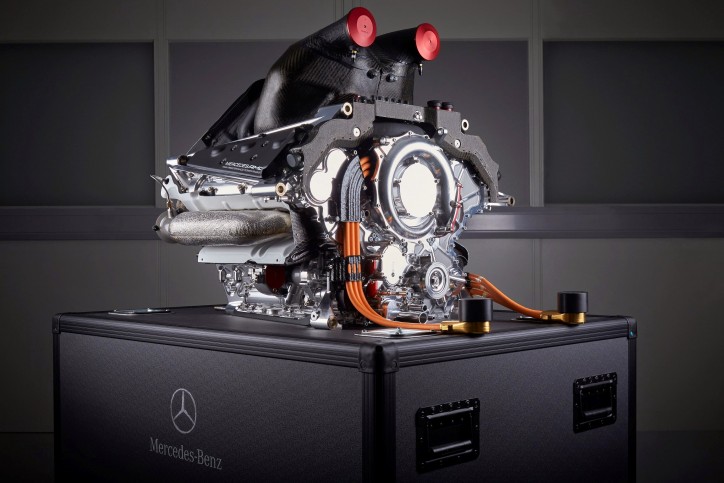 The engine developed by Mercedes-Benz for the 2015 Formula One races.

The Mercedes F1 W06 race car, also known as the Silver Arrow, will be bringing in its upgraded engine in the upcoming Formula One Canadian Grand Prix. According to the interview of Lotus CEO Matthew Carter with Sky Sports, Mercedes used up tokens to introduce some tweaks in its hybrid power unit.

If it is true, then we might be seeing an improved performance in Mercedes-AMG Petronas again. It could further extend its lead in the races to come and give its major rivals more reasons to whine again about how the sport has been getting boring recently due to the continuous dominance of Mercedes.

Based on the report, Mercedes, Ferrari and Renault were allowed to use 32 tokens this season after the freeze in the prior year. On the other hand, Honda was given nine tokens. The Mercedes F1 W06 already utilized 25 of them last winter, which leaves them seven this season.

Mercedes-AMG Petronas would not be the only team benefiting with the upgrade. Other teams with Mercedes as their engine supplier will get significant advantage over the developments too.

Lotus in particular is looking forward to reaping the fruits of Mercedes’s labor. Carter said Canada could provide them with a good race. He even projected that his team would beat Red Bull in the event.

Although the Lotus CEO admitted that his team may find it hard to unseat Mercedes, Ferrari and Williams, he was positive that they could at least set the fourth quickest pace in the race.