SEND US A TIP
China, Technology
0 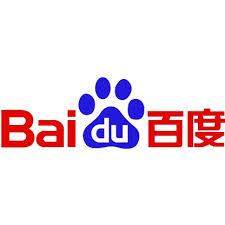 After announcing its new partnership with Qualcomm in the development of wireless charging units for its electric vehicles, Mercedes-Benz went on to make a deal with another tech giant. According to Reuters, Daimler just forged a tie with Baidu in China.

Baidu is a web services company operating in China. Its services are similar to Google like providing Chinese language search engine for websites, images, and multimedia files. Due to the similarities of the two, the service has been commonly referred to as “China’s Google.”

The report said the partnership aims to deepen the bonds between Chinese Mercedes-Benz cars and technology firms that cater directly to consumers, which has been an ongoing trend in the automotive industry.

With the cooperation of the two, future Mercedes-Benz cars in China will already include the signature software of Baidu that will let users manage Internet and music services in their dashboards through their smartphones.

The announcement came at the recently-concluded Consumer Electronics Show (CES) Asia 2015 held in Shanghai. So far, no information was released yet regarding the planned launch of the car application. The two companies did not mention too about which Mercedes models are going to receive the software first.

Lately, each giant car company in the world has been racing to establish exclusive links to mobile technology firms in order to come up with a better way to offer convenience to consumers. But more importantly, the source indicated that the kind of advancement brought about by mobile technology could serve as an asset to the development of self-driving cars.