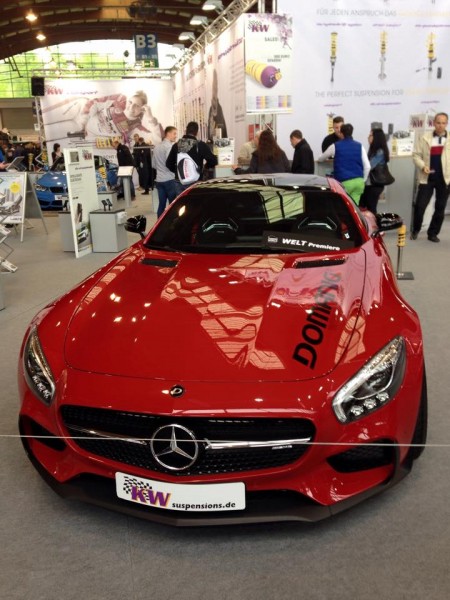 According to Motorward, the Domanig Mercedes-AMG GT S sports a new set of wheels featuring a five-spoke and blacked out design, plus very noticeable red brake plates.

Then, the suspension of the car has been adjusted for better driving performance. The source said the sports car benefits from new coilovers installed by KW Automotive.

The tuner did not fiddle the bodywork of the Mercedes-AMG GT S anymore. It’s either the carbon fiber elements of the car are already enough for the specialists of the firm, or they are planning to introduce more upgrades in its exterior later.

Going under the hood of the Domanig Mercedes-AMG GT S, the same 4.0-liter biturbo V8 engine of AMG sits there. However, the tuner reconfigured its ECU to boost its output up to more than 600 hp.

The company launched its new tuning kit for the car at the Tuning World Bodensee 2015. It was showcased together with the tuned up autos from BMW, Audi, Jaguar, and other known premium car manufacturers.

Check out more photos of the Mercedes-AMG GT S with the Domanig tuning package in the gallery below: