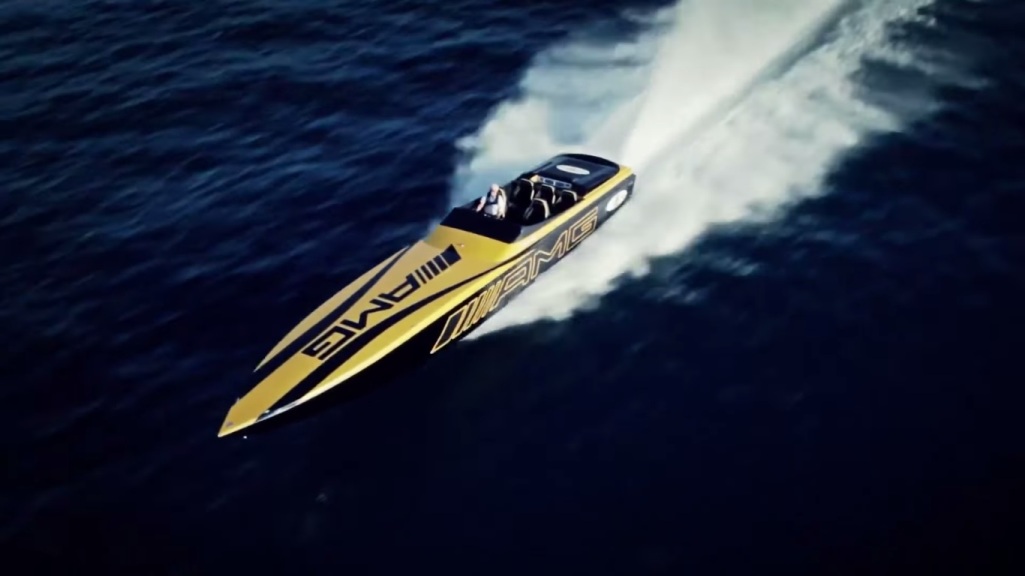 Some time ago, it was revealed that Mercedes-AMG and Cigarette Racing unveiled images of the Cigarette Racing 50 Marauder GT S Concept that the two companies were working on. The images themselves were already remarkable. However, there may be a number of doubting Thomases who would rather want to see the real thing in action. From the time the high-performance powerboat was unveiled, industry watchers have been anxiously waiting to see the Cigarette Racing 50 Marauder GT S Concept in action. It appears that their prayers were answered as a video of the high-performance powerboat has emerged, as shown on a report from autoevolution.com.

Mercedes-AMG has been signing a number of peculiar marketing deals with different companies for some time already. The only connection that some of these companies have with the automobile industry, particularly the luxury vehicle segment, is the fact that they have the same target market as luxury vehicle manufacturers. Mercedes-AMG has taken advantage of this in order to find ways in connecting with potential customers.

This has become a typical practice among luxury vehicle makers as they form partnerships with companies in order to gain headway into the market as well as create a new market for their products. The partnership behind the boat racing team was mainly formed due to this, and the companies have been working on it for the past five years or so.

The Mercedes-AMG GT was the inspiration for the latest model, which was officially unveiled during the Miami Boat Show held last February. Industry watchers were so impressed with the appearance and specs that they eagerly waited to see it in action.

The powerboat was actually tested last February, but the video showing it in action only emerged recently. The specs themselves did not reveal the true potential of the Cigarette Racing 50 Marauder GT S Concept as the video showed its power, speed and efficient performance.