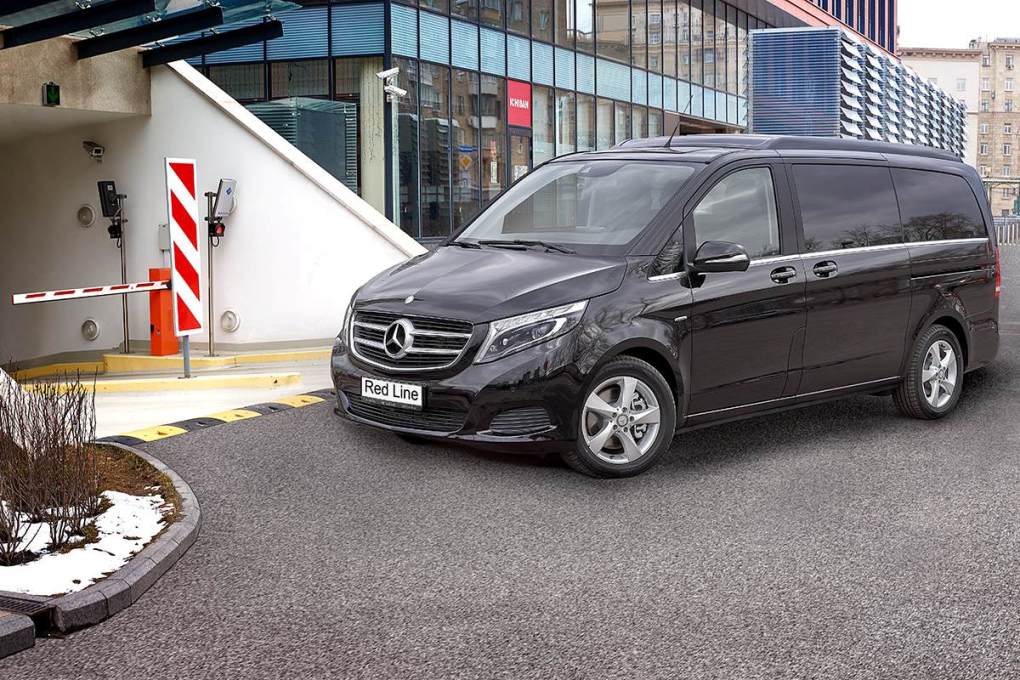 Similar to a book that should not be judged by its cover, it is also not advisable to judge the 2015 Mercedes-Benz V-Class by its exterior alone, especially if it involves Redline Engineering, as shown on a recent carscoops.com report.

The cabin was divided into two sections by the tuning studio. The first section is mainly for the driver and front seat passenger while the second section was designed for use by two passengers at the rear of the luxury van. The rear passenger section features two elegant-looking aircraft-style chairs that originally came from a Mercedes-Benz CL W216. These chairs feature retractable foot rests as well as a massager.

A central console installed in between the two seats allows passengers to control all the electronic and electrical devices mounted inside the rear section of the Redline-tuned 2015 Mercedes-Benz V-Class. The tuning specialist also revealed that the interior can also be customized according to the request of the client.

The 2015 Mercedes-Benz V-Class is just one of the projects of Redline, which revealed that it was already preparing to launch its next project next week.