Mercedes-Benz Slapped with $56.5M Fine for Price-Fixing in China 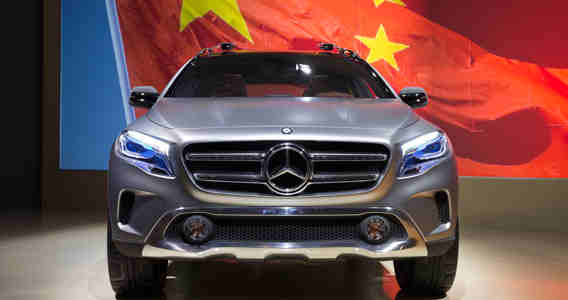 Things are taking a tough turn for foreign automakers in China. Mercedes-Benz, in particular, was slapped with an expensive fine for being guilty of price-fixing in the country.

According to a BBC report, Mercedes was penalized for a total of 350 million yuan or approximately $56.5 million for its misconduct in the Chinese market. Even local dealers selling the luxury vehicles offered by the brand were not spared as they were also required by a Jiangsu-based consumer watchdog to pay around 7.7 million yuan.

The article claimed a pricing regulator in Jiangsu found out that Mercedes has been pressuring its local dealers into setting a minimum sales price on selected models of its cars. Therefore, both the automaker and its local dealers were held liable for breaking some of the provisions of China’s competition law.

The high purchasing power of people in China coupled with the high demand for luxury automobiles have attracted carmakers to shift their focus in the giant Asian country. However, an uncalled probe by the Chinese government have rocked their very foundation just as they were just starting to reap the profitable conditions provided to them by the Chinese auto market.

It should be noted that the crackdown does not only limit itself to the car industry. There were also foreign companies engaged in other forms of trades which were covered by it.

An official statement from Mercedes-Benz said it “accepts the decision and takes its responsibilities under competition law very seriously”. It added, “We have taken all appropriate steps to ensure to fully comply with the law.”