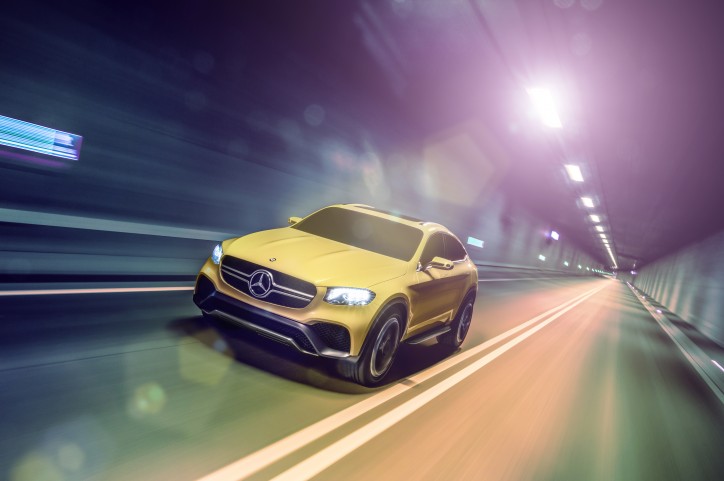 Mercedes-Benz recently unveiled the photos of its Concept GLC Coupe. A teaser image of the concept SUV was also shown through a tweet of the Stuttgart-based auto manufacturer hours prior to the vehicle’s official public debut.

The upcoming compact SUV certainly showed a striking resemblance with the Mercedes-Benz GLE Coupe, which production just started at the Tuscaloosa plant of the three-pointed star marque. The GLC Coupe is more like a toned down or more compact form of the GLE Coupe.

According to the press release of Daimler, the Mercedes-Benz GLC Coupe will measure 4.73-meter long with a 2.83-meter wheelbase and 1.60-meter height. It is designed to be fitted with 21-inch wheels for off-road travels.

The hood of the standard Mercedes-Benz GLC Coupe will house a 3.0-liter biturbo V6 engine with 367 hp and 520 Nm of torque. The power of the crossover will be distributed through a 9G-TRONIC nine-speed automatic transmission gearbox mated with a 4MATIC permanent all-wheel drive system.

The company revealed that the Mercedes GLC Coupe will be offered in seven models. Among the mentioned plans for the variants of the SUV is a Shooting Brake unit that will join the likes of the CLS and CLA series of the brand.

The Mercedes-Benz GLC Coupe is scheduled to make its first public appearance at the 2015 Shanghai Motor Show this week.

Below is a tweet of Mercedes, teasing the SUV as it is prepared to be unveiled to the public: 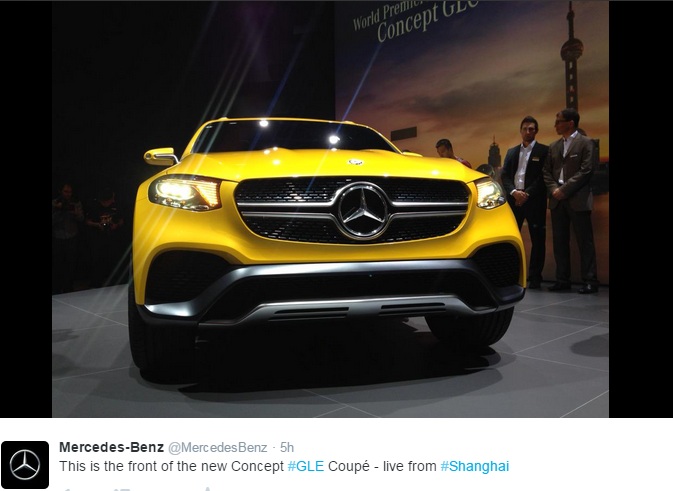 Mercedes-Benz teased a picture showing the front angle of the Concept GLC Coupe which will hit Shanghai. The automaker wrongly named it the as the GLE.

Here are the official pictures released by Daimler too that showcase their answer to the BMW X4: