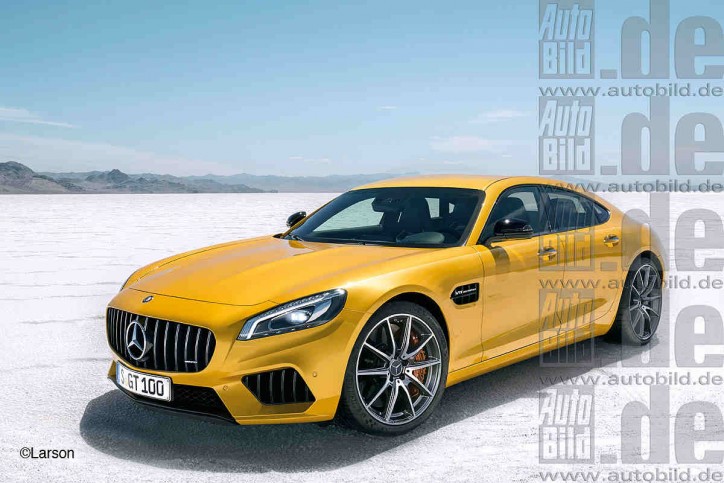 A render of the Mercedes-AMG GT sedan, which will be called the GT4. (Photo Source: AutoBild)

A recent report from a German online publication revealed that there’s an ongoing plan to develop a Mercedes-AMG GT sedan. According to AutoBild, the new sports car that will be solely made by Mercedes-AMG will be called the “Mercedes-AMG GT4”. The source also commissioned a render of the said car, which could be seen in the photo above.

The article mentioned that the four-door Mercedes-AMG GT will be a response to the Porsche Panamera. That means it would rival the likes of the Audi A7 and BMW 6-Series GranCoupe too. With that said, it is a bit puzzling that Mercedes is making a competitor to the mentioned units when it already has the CLS.

As for the engine of the GT4, it will be moved further back as possible to ensure an ideal weight distribution. It should be noted that the Mercedes-AMG GT sports a front engine with a rear transaxle layout. The use of the CLS platform would also forego the aluminum spaceframe that serves as the armor of the GT.

Under the hood, the standard model of the Mercedes-AMG GT4 will likely carry a 4.0-liter biturbo V8 engine with power distributed through the rear wheels. Then, the engine configurations of the other variants of the car might have an output that would go as far as 600 hp.

Going to the release of the GT4, the report claimed it will be in somewhere in 2019.