Lewis Hamilton did not waste any time trying to get back into the saddle after missing his chance at the last race. The defending F1 champ took pole position after a solid, tight qualifying run at the 2015 Chinese Grand Prix, while teammate Nico Rosberg took P2 for another Mercedes front-row start. 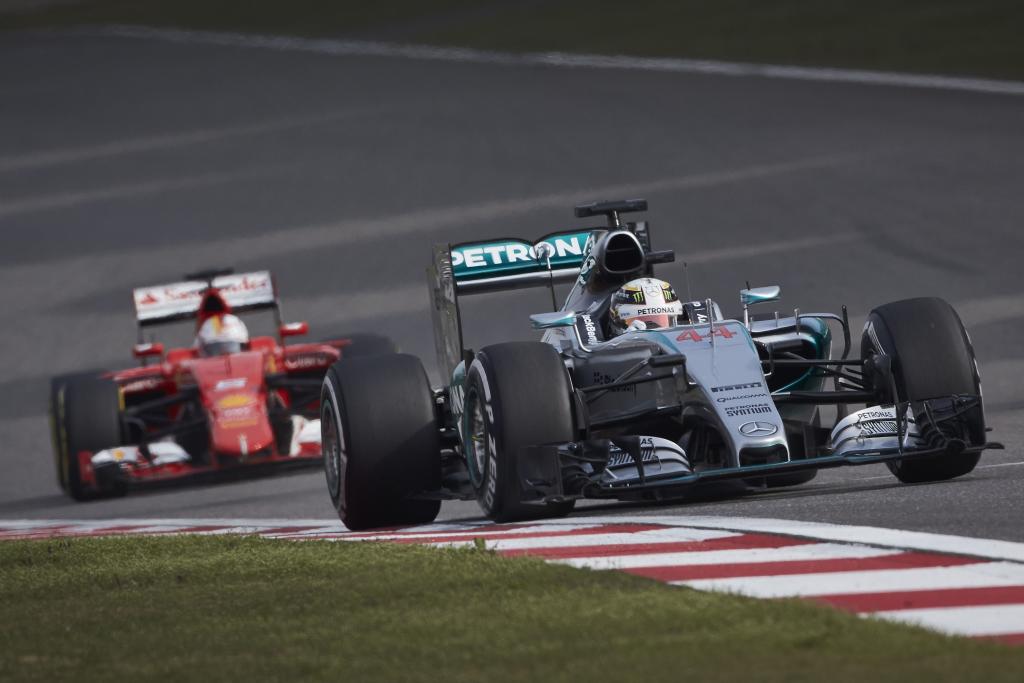 Hamilton clinched his 41st career pole position by registering a lap time that was a mere 0.4 seconds better than that of Rosberg. The British driver attributed his success at the Shanghai International Circuit to the layout suiting his driving style and him enjoying driving on this particular track. He also credited fan support present on the track.

“I had a good lap at the end but, in hindsight, it’s always possible to see where you could have found that little bit extra,” said Rosberg. The German driver said that he is focused on race pace for the race proper in hopes of securing his first win in 2015, and also noted that the team’s tire strategy will be key.

The pole is Hamilton’s fifth on this track, which means he will be joining some elite company once again. Ayrton Senna, Michael Schumacher, Juan Manuel Fangio and now Lewis Hamilton are the only F1 drivers to score five or more poles in the same track.

Ferrari will prove to be trouble for Mercedes again, as Sebastian Vettel secured P3 and should put some pressure on Mercedes right from the get-go. The Williams cars showed they’re strong again, with Felipe Massa taking P4 and Valtteri Bottas set to start in P5. The Ferrari of Kimi Raikkonen will be in P6 on the grid, followed by, in order, Red Bull’s Daniel Ricciardo, the Lotus of Romain Grosjean, and the Saubers of Felipe Nasr and Marcus Ericsson, respectively.

McLaren continues to struggle with their new Honda power units, going ahead of only the Marussia cars.

Hamilton should feel tons of pressure not only from Vettel at the race, but also from his own teammate. It’s going to be another exciting race, so stay tuned and we’ll make sure to recap the action right here!