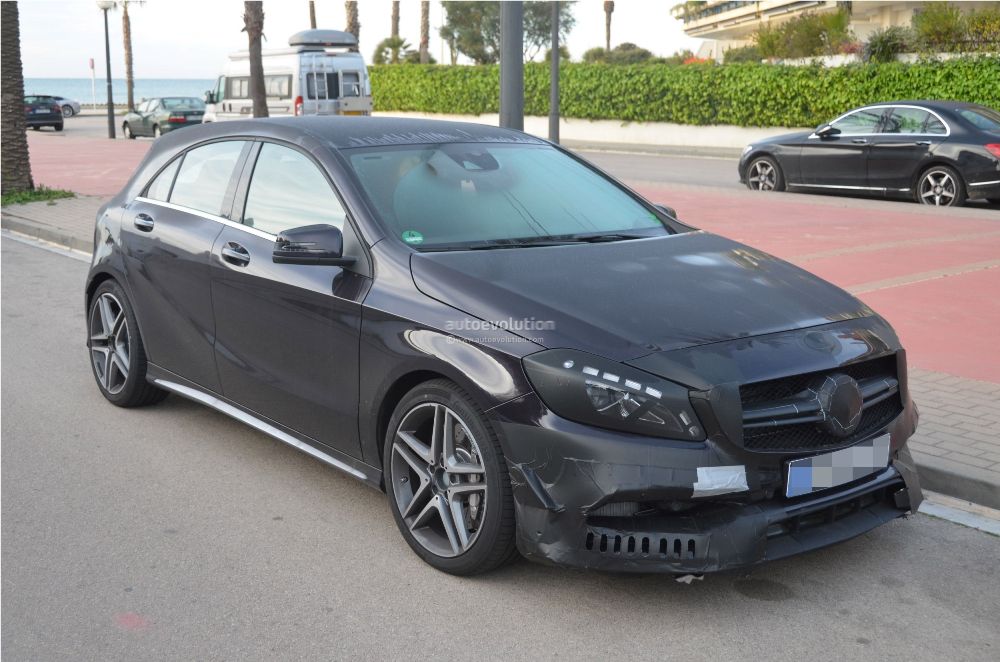 In the past, Mercedes-Benz attempted to produce a city car tweice, and both attempts has a lot to be desired by some industry watchers. As the saying goes, “the third time’s a charm,“ the luxury vehicle manufacturer was successful with the W176 A-Class and the Mercedes-Benz A45 AMG is considered as the best in the lot.

The existing models of the A-Class have been in the market since 2012 with the A45 AMG becoming available in 2013. Due to this, Mercedes-Benz is presently working on a facelift for the entire lineup of the W176 model, as shown on a report from autoevoluton.com. Images of the 2016 Mercedes-Benz AMG emerged recently, and it may become the new apple in the eye of luxury vehicle enthusiasts.

The outgoing model of the luxury vehicle features a 2.0-liter four-cylinder twin-turbo engine with a 355 HP power output and torque of 332 lb-ft. Industry insiders have hinted at the possibility that the 2016 Mercedes-Benz A45 AMG may receive additional power.

The power output of the new model may reach 375 HP, which allows it to accelerate from 0 to 62 mph or 100 km/h within 4.5 seconds. It is also possible for the new model of the luxury to receive an update for the seven-speed automatic transmission system. It may even receive the 4Match AWD system. The top speed is expected to reach up to 155 mph or 250 km/h.

While the engine may receive an upgrade, the same thing cannot be said for the design. The headlights and taillights are expected to be redesigned, a distinctive AMG radiator grille installed, and the front and rear modified, but it may nothing more than subtle enhancements. The leaked images of the 2016 Mercedes-Benz A45 AMG, which may have a power output of 385 HP, also give indications of minor modifications on the dashboard.