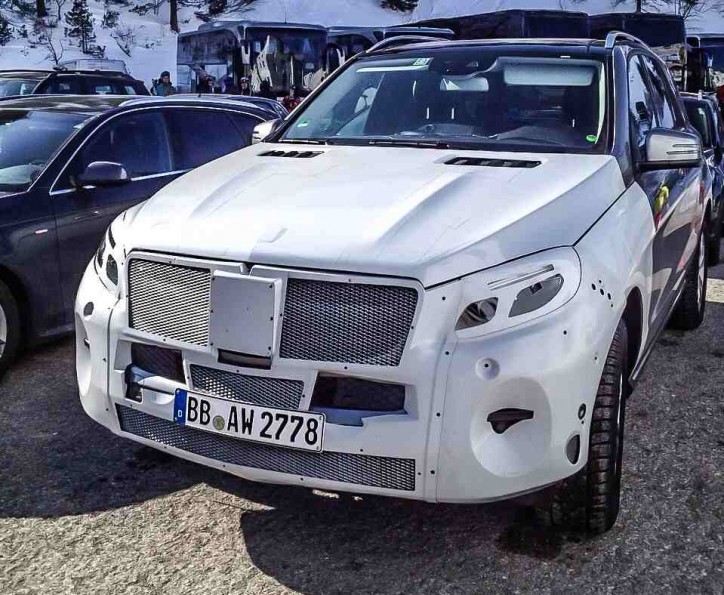 One of the spy photos of the Mercedes-Benz GLE, which was captured during one of its test drives. (Photo by Mercedes-Benz Passion Blog)

Spy photos of the 2016 Mercedes-Benz GLE have been making rounds on the Internet more frequently than before. The images also reveal that the mid-size SUV is already shedding off more of its camo, showing many of its key styling features. With that said, it could only mean that the unveiling of the auto is nearing.

According to a report from Mercedes-Benz Passion Blog, that is exactly the case. By April, the three-pointed star brand will finally debut the GLE. The SUV will premiere at the prestigious New York Auto Show. The sales release date of the auto is expected to commence on April 7. Then, the SUV will reach dealerships by September 12 this year.

The news source claimed the GLE will offer the same engine configurations present in its predecessor such as the GLE 250d, 350d, GLE 400 and GLE 500. The performance variants will follow too like the Mercedes-AMG GLE 63 and the 63 S.

There were speculations that the mid-size SUV will be providing customers its Plug-In Hybrid version as well, probably the Mercedes-Benz 500e. If that happens, it would be the first time for the brand to have a Plug-In Hybrid SUV.

It should be noted that the new Mercedes-Benz GLE was created as a successor to the M-Class following the implementation of the new naming system of Mercedes. Many of the key elements of the M-Class were carried over to the new SUV, except some portions in the front and back end of the auto that appear to be on a receiving end of a facelift.