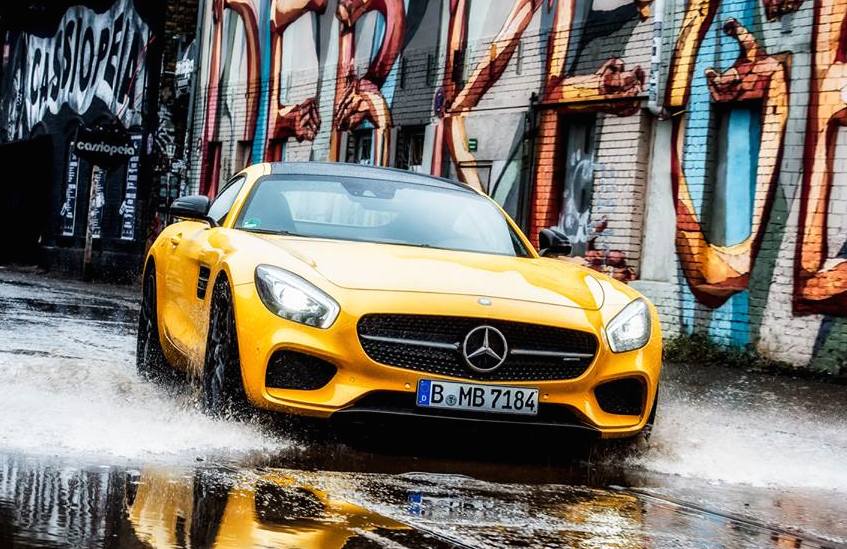 The Mercedes-AMG GT is making an impression in all the places it goes to, and the latest place where the luxury supercar made an impact was in Berlin, as indicated on a motorward.com report. Its versatility allowed it to create a buzz, or as the pictures show, a splash in the German capital.

The pictures show the Solarbeam GT against a backdrop of graffiti-filled wall. While combining the words “wall” and “Berlin” may draw in an image of the time when the city was divided into two. During those days, it was not possible to drive the luxury supercar from one end of the city to the other without getting the attention of a border guard or two.

However, that was in a past and the new Mercedes-AMG GT is simply impressive as shown on the pictures. The graffiti on the walls highlighted the sleek and modern look of the luxury supercar.

The latest collaboration between Mercedes-Benz and AMG resulted to the creation of the luxury supercar that has impressed a good number of industry watchers. The latest outing may have made such an impression that people who previously doubted the capability of AMG have started to praise the luxury vehicle. The company produced a car that silenced, if not, converted its doubters.

In fact, a recent episode of Top Gear showed James May, who was at the wheel of the supercar, falling in love with the excellent combination of handling, power, elegance and practicability offered by the Mercedes-AMG GT.