A Peek Inside the Mercedes F 015 Luxury In Motion 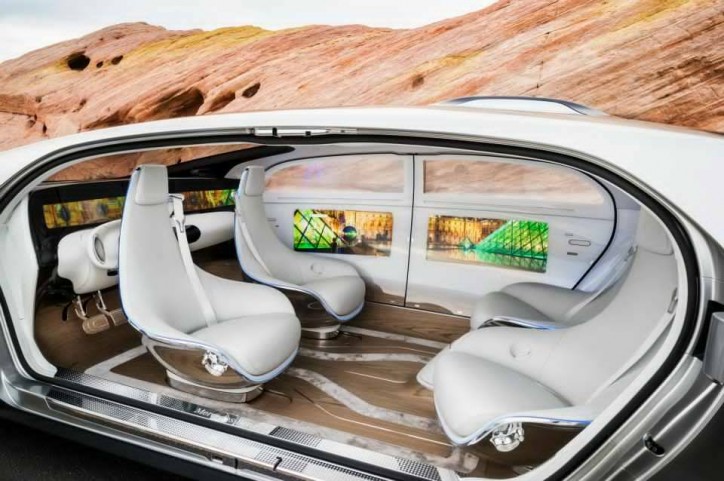 Self-driving cars are already a reality. Decades ago, it was only a subject of science fiction stories, but now, giant companies such as Google, Tesla, and Mercedes are already fulfilling the prophecies of the past about cars on auto-pilot.

Although still not in its mass production stage, it may not be long until cars equipped with artificial intelligence become a staple in households and dominate our roads. Mercedes-Benz estimated that it would take at least a decade away before it releases its autonomous vehicles while Google looks to be aiming to roll out its own sooner.

While the three-pointed star brand may not be the first to incorporate the self-driving idea to its vehicles, it is bringing the concept to another level with its newly-released Mercedes F 015 Luxury In Motion Concept Car that makes the German automaker grab the headlines right now in the subject.

As the name of the concept vehicle implies, and as Dr. Dieter Zetsche coined it, it is a cocoon on wheels. The mixture of high level of technology and comfort is basically what makes the Mercedes F 015 Luxury In Motion stand out among the self-driving cars that we have seen so far from the likes of Google, Tesla and others.

Aside from the breathtaking technology, the latest concept car of Mercedes is equipped with a cabin that screams high-class. Among the things that can be found there are pedestal seats that can be rotated to enable passengers to face each other. The seats also rotate automatically upon opening the doors of the car.

Then, there are the high-definition touchscreen displays built in to the panels of the interior. The display panels allow the occupants to view the surrounding areas outside the car as well as access to the navigational, communication, and entertainment features of the vehicle.

Another trait of the Mercedes F 015 that is worth mentioning is its intelligent interactive system. Based from the company, it can be used together with the smartphone of the owner to arrange the car to pick him or her up automatically.

Check out more stunning photos of the car’s interior here in addition to the pictures of the Luxury In Motion that we released earlier: