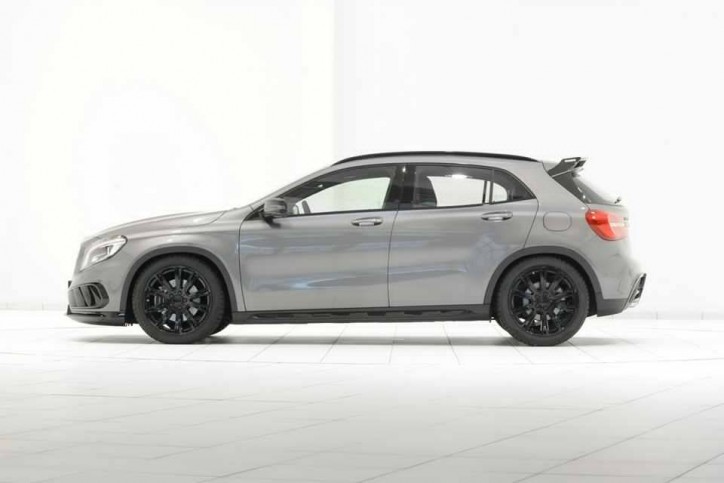 Can anyone still remember the Brabus Mercedes GLA AMG Tuning Package released at the final quarter of last year? As a recap, the crossover had a couple of aerodynamics and styling upgrades. Then, its engine output was increased significantly.

As for the power upgrade, the output of the Brabus Mercedes GLA was raised to reach up to 400 hp with a 500 Nm of torque. The numbers enable the crossover to go from zero to 100 km/h in only 4.4 seconds and achieve a top speed of 270 km/h.

Recently, Brabus got the GLA AMG a new set of wheels sporting black rims. The addition appeared to look better than the past set of aluminum wheels. It should be noted though that the design of the wheels still featured double-spoke styling and the measurements remained the same. However, it appeared to go more harmoniously with the dark side skirts, fenders, and underside of the car.

Regarding the other features of the tuning package, all were retained and the engine specs were the same.

Photos of the Brabus-Tuned Mercedes GLA AMG with New Wheels

Check out the photos of the Brabus Mercedes GLA AMG here with a new set of stealth black rims: