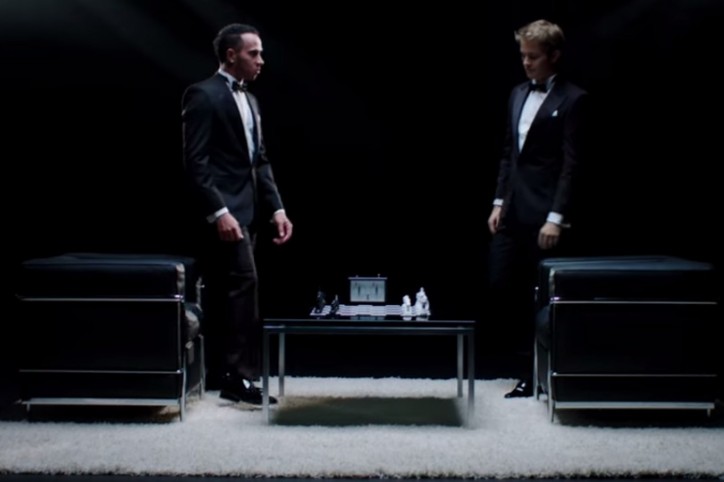 Recently, Mercedes-Benz TV released a new commercial for its Mercedes SL63 AMG World Championship Edition. The ad featured the 2008 and 2014 Formula One World Champion Lewis Hamilton, and the runner-up this year, Nico Rosberg. The video was titled “Stalemate”, which indicated the equal performance of the latest limited-edition SL63 AMG despite their contrasting looks.

One version of the car was designed by Hamilton. Another was by Rosberg. The versions mirrored the unique preferences of the drivers when it came to styling.

The one by the current F1 champ was finished in black and gold accents with more aggressive styling. Then, its floormat featured the favorite track of the driver, which is the Silverstone Circuit. On the other hand, his partner’s design was more classy with its smooth white finish. It also had a print of the driver’s favorite track, which is the Hockenheim Circuit.

Each Mercedes SL63 AMG World Championship Edition packs a 5.5-liter biturbo V8 engine under its hood with an output of 577 hp and 544 lb-ft of torque. The engine configuration of each unit enable it to go from zero to 60 mph in only 4.1 seconds.

You can watch the new commercial of Mercedes-Benz featuring Hamilton and Rosberg in their respective Mercedes SL63 AMG World Championship Edition cars below: