Brabus Unwraps a Cherry Mercedes S-Class in Time for Christmas 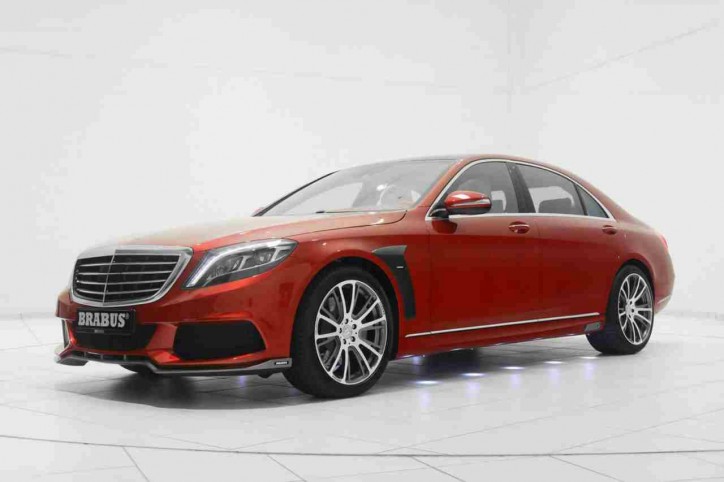 Christmas is in the air, and Brabus wanted to join the festivities by introducing its new tuning package for the Mercedes-Benz S-Class, dubbed as the Red Carbon B50 S-Class. Recently, the aftermarket tuner, known for its impressive works on vehicles bearing the three-pointed star logo, unwrapped a cherry S-Class complete with several styling upgrades.

The new Brabus Mercedes S-Class sported a candy-red exterior finish with fine chrome linings adorning both the base and glass window frames. The usual carbon-fiber  components were used to redesign the front spoiler lip, side skirts, rear spoiler, and the diffuser housing a pair of twin-exhausts at the back. New Brabus-forged stainless alloy wheels were installed as well to complement the exterior improvements.

The interior design also came in red with a combination of cream color to highlight the seats and some key areas in the panels. Contrasting red stitching adorned the cream leather portions of the cabin too, which further added to its luscious styling.

Of course, the signature logo and lettering of Brabus can be found on the mats, headrests, side sills, and key locations outside the car to remind everyone that what they are looking at is more than a Mercedes S-Class.

No information was released by the tuner about the engine specs of the Red Carbon B50 S-Class. However, autoevolution speculated that the tuner may have started with the S500. Then, some tweaks might have been made to its 4.7-liter engine to raise its output up to 540 hp.

Click the thumbnails below to check out the amazing pictures of the Christmas-themed Mercedes S-Class by Brabus: