SEND US A TIP
Featured, S-Class
0 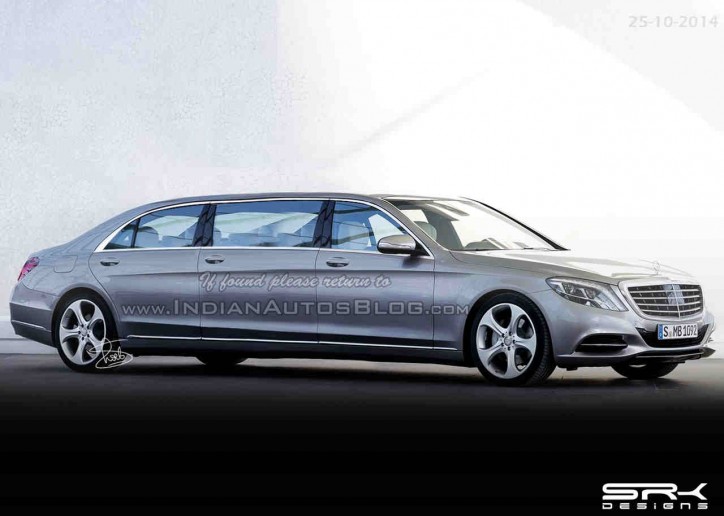 Spy shots of the Mercedes-Benz S-Class Pullman have been making their rounds on the Internet recently, which we also featured earlier in an article. Based from the photos floating around online, IndianAutosBlog was able to come up with a rendering of the extra-long luxury car.

The artist of the blog definitely made a good job in putting out all the details of the upcoming Mercedes limousine. We believe that the million-dollar Mercedes would look very close, if not exactly the same, with the render above if we review the the information that were gathered from official sources so far.

A spy photo of the Mercedes-Benz S-Class Pullman.

It should be noticed though that the render provided three pairs of doors to the limousine. Then, the seats appeared to be lined while facing the front direction of the car. These features seem to deviate from the standard design of limousines.

On the other hand, who knows? There might be a slight chance that Mercedes would consider that layout. We can’t confirm anyway whether the Mercedes-Benz S-Class Pullman features two rows of seats facing each other at the rear passenger section, or it offers a third pair of doors, because the spy shots provided to us were heavily camouflaged with no clear view of the said characteristics.

The Mercedes S-Class Pullman will likely carry a 6.0-liter V12 biturbo engine with an output of around 523 hp and 612 lb-ft of torque similar to the S600. Its estimated price is $1.16 million.