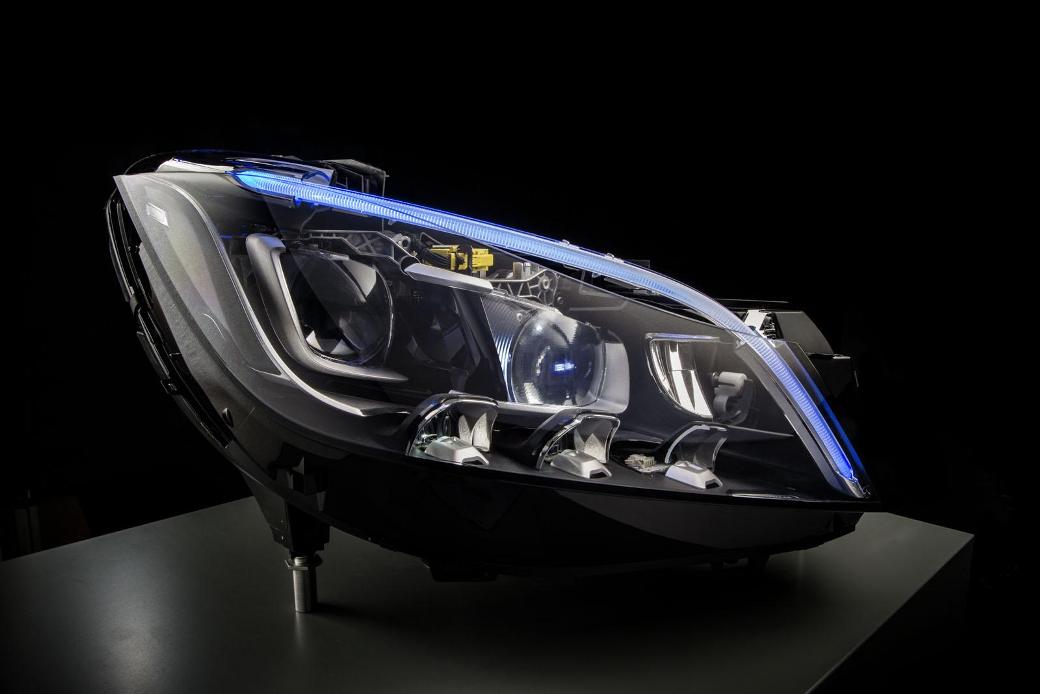 While BMW and Audi have started to use laser headlights, Mercedes-Benz is currently working on its next-generation LED headlights, according to a report from worldcarfans.com. The luxury manufacturer from Germany aims to use 84 LEDs for each headlamp, which is a big jump from the 24 it is currently using on the high beam module found on the CLS headlamp. The increase in the number of LEDs is designed to enhance light quality.

A medium-term plan will see around 1024 pixels for each LED to optimize illumination on the road in all traffic conditions at any speed. The light systems development head at Mercedes-Benz, Uwe Kostanzer, revealed that their credo when it develops the latest light systems is to guarantee optimal visibility in every driving situation while avoiding dazzling other drivers.

The company also aims to incorporate another high-range LED high beam for its next-generation LED headlights. The added high beam ensures a high beam range reaching over 600 meters for driving situations where there are no oncoming vehicles ahead. LED technology is capable of achieving the performance of laser headlamps at a lower cost. The technology also allows manufacturers to take full advantage of legal level of illumination allowed in Europe.

LED technology has advanced rapidly in recent years. Daimler partnered with Infineon, Fraunhofer Gesellschaft IZM, Hella and Osram in the development of a new LED chip featuring an extremely fine structure. Since the pixel LED semiconductor layers are integrated into a new kind of silicon substrate, it allows individual control of over 1024 pixels for every LED chip.

The development of the latest LED technology of Mercedes-Benz was sponsored by the Federal Ministry for Education and Research. Current technology allows a maximum of 100 LEDs to be integrated into luminous surfaces at the millimeter level behind the lens. The next-generation LED headlights of Mercedes-Benz will be evaluated on an experimental vehicle by 2015.