A couple of months ago, we reported about the planned renaming of some of Mercedes-Benz’s popular ranges. Recently, we have confirmed the new Mercedes model names through Daimler’s press section. 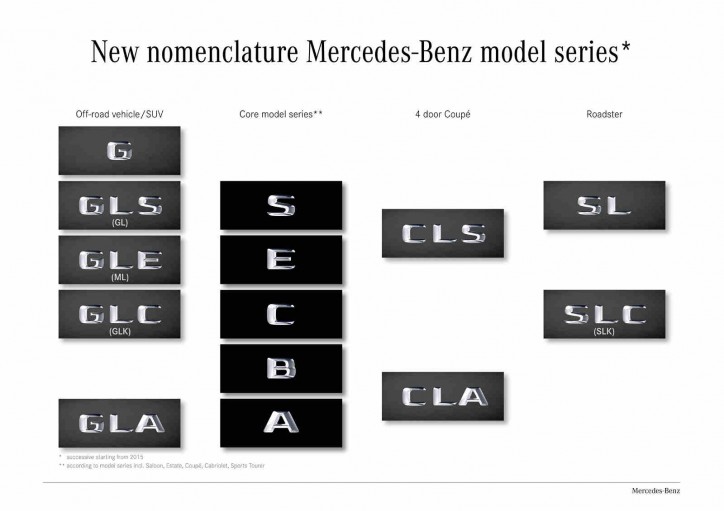 As can be seen in the information provided by Daimler above, anything beyond the core series (namely the A, B, C, E, and S), the iconic names (G-Class and SL), and the newer models (CLA and GLA) will be affected by the renaming strategy of Mercedes-Benz. The changes will take full effect in 2015, said the report. 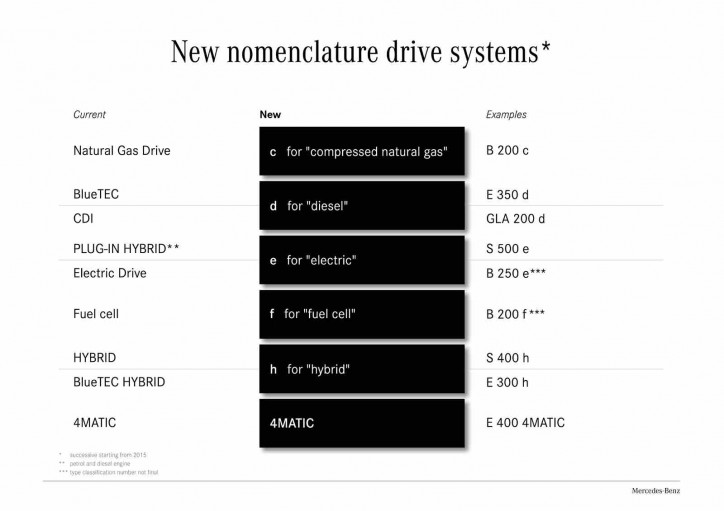 The individual powertrain designations of its vehicles will also be updated and indicated in a small letter following the model name. Refer to the image above for the examples.

According to the company, the new Mercedes model names aim to provide customers a better orientation with the different ranges of the brand. It explained that the upcoming changes in the nomenclature system would allow people to better understand the different variants of the brand because they are clearer, simpler, and transparent.

Now that Mercedes has given us a better understanding of its new naming system, I personally find it refreshing and a good strategy indeed. It makes its drive system quicker to identify too without having to examine what is under the hood of each auto. Just looking at the back of the vehicle would let you easily find out what is powering it.

Some argue that renaming something that has been stuck the minds of the brand’s loyal customers could be a risky move though. For example, the M-Class has been used by the three-pointed star marque since 1998, and it has been one of the company’s best-sellers. So, veering away from the traditional name of the range might prove to be a bad move.