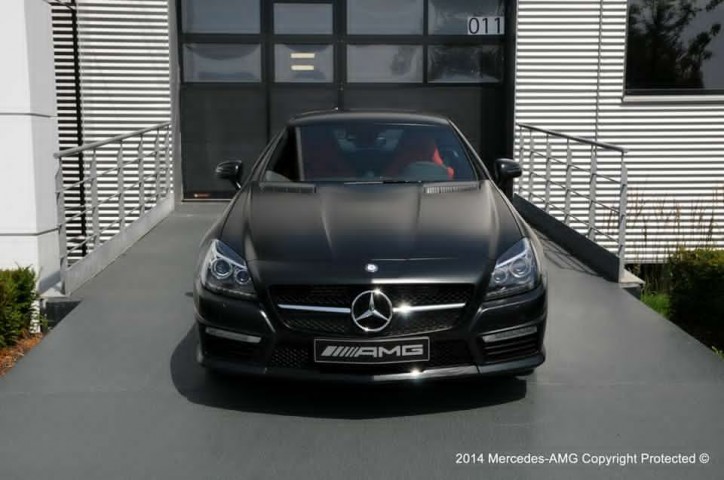 Sadly, Mercedes-Benz is striking down the SLK nameplate in its future production. Based from the recently revealed new nomenclature system of the brand, the successor of the current Mercedes-Benz SLK will carry the SLC name instead to reflect that the roadster originated from the SL and it is somehow related to the C-Class core series of the German luxury automaker.

As a tribute to the outgoing series, AMG Performance Studio laid its hands to a Mercedes SLK 55 AMG to give it a couple of upgrades in its appearance both inside and out.

Going in the cabin, sporty bucket seats found in the SLS AMG Coupe replaced the original ones. An AMG two-tone Performance steering wheel was installed too. The surfaces of the interior were covered in matching black Alcantara leather and designo leather red pepper.

The engine of the car was left untouched, so it still packed the same old naturally-aspirated 5.5 liter V8 engine with an output of 310 kW and 540 Nm.

More pictures of the Mercedes SLK 55 AMG enhanced by AMG Performance Studio can be found in the gallery below. Just click any of the thumbnails to satisfy your indulgence: