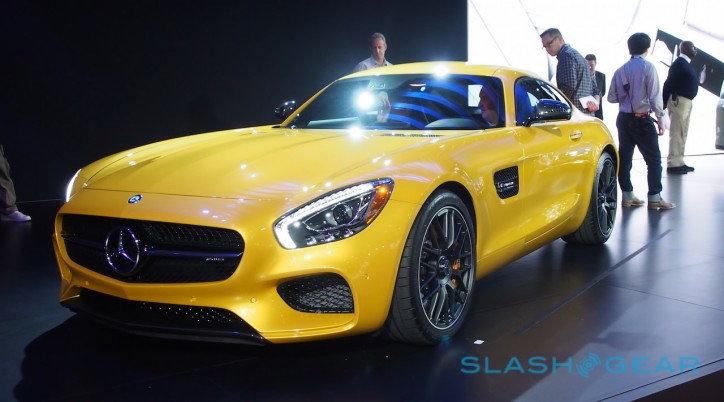 The Mercedes-AMG GT S as it appeared at the LA Auto Show. (Photo Source: Slash Gear)

Mercedes is on a roll lately and it is taking on the competition like a storm at the LA Auto Show. Living up to its slogan as the best of both worlds, it showcased in the event two of its major products that will hit the market soon.

In one corner, it has the opulent Mercedes-Maybach S 600, which sits above the S-Class flagship model of the brand in terms of luxury and comfort. On the other is the Mercedes-AMG GT S, which is sporty and brutal in the highway. There is no point of comparison between the two—aside from the fact that they both dropped the “Benz” moniker—because they certainly mirrored the best in their respective niches.

The Mercedes-AMG GT S featured in the show possessed a striking yellow finish. It came with AMG’s new 4.0-liter twin biturbo engine similar to the AMG GT variant. However, the AMG GT S has more power under its hood than its other version.

The engine output of the sports car is at 503 hp with 479 lb-ft of torque. These allow the car to build momentum from zero to 60 mph in just a span of 3.7 seconds. Moreover, the power of the coupe comes from the rear wheels and it is distributed via a seven-speed dual clutch automatic transmission gearbox with paddle shifters on the steering wheel.

Check out the photos of the Mercedes-AMG GT S at the LA Auto Show, which were provided by Slash Gear: