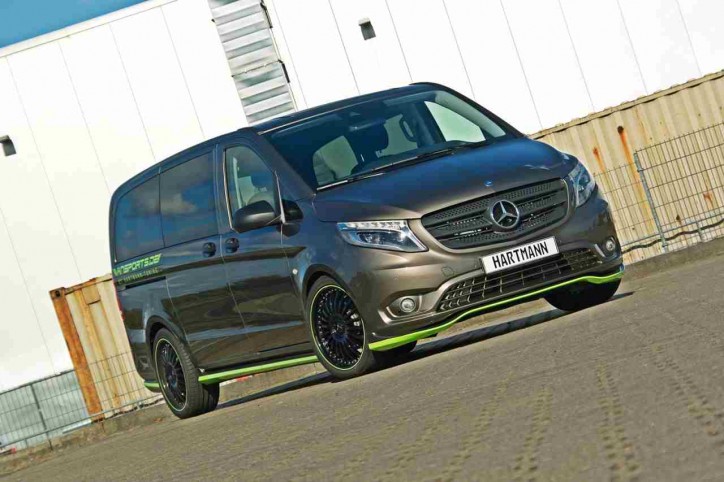 The aftermarket tuning firm Hartmann recently released details about its new project involving the Mercedes-Benz Vito. Based from the information the tuner provided, the van was fitted with some styling enhancements as well as an engine upgrade.

The model that Hartmann chose for its new work was the Mercedes Vito 119 CDi Tourer. Going under the hood, the engine of the variant initially offered 190 hp and 440 Nm of torque. However, the tuning firm electronically tweaked it to achieve up to 224 hp and 505 Nm of torque.

Going to the body of the Mercedes Vito, among the noticeable upgrades that the tuning company did to it was the installation of its new exhaust system with twin chrome-tipped pipes. Then, the suspension of the Vito was lowered by 30 mm for better driving pleasure. The other notable improvements were the new set of spoilers, side skirts, 20-inch wheels fitted with 245/40 sports tires, plus other Vansports accessories.

Lastly, the surface of the vehicle’s cabin was covered in piano lacquer leather, signature floor mats of the tuner, and aluminum door sills too. Of course, you can find the logo of the tuner in the key areas of its interior to remind its occupants that they are not simply riding a standard Vito.

Click the thumbnails below for a close look at the work done by Hartmann to the Mercedes Vito: