Daimler Promises to Keep the Steering Wheel in Autonomous Cars 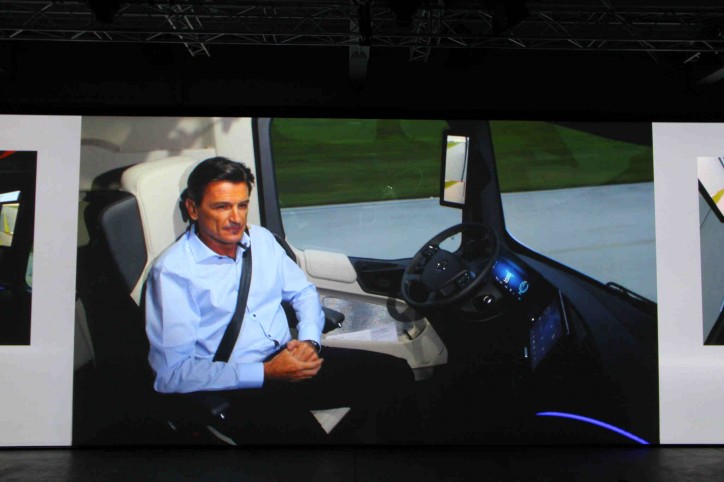 Daimler’s Wolfgang Bernhard sits relaxed in the driver’s seat as the Future Truck 2025 steers itself automatically while on the move.

With the coming wave of autonomous cars and even trucks, several questions were raised by critics and auto enthusiasts. Among them is, “what happens to the steering wheel?” According to Bloomberg, Daimler CEO Dr. Dieter Zetsche promised that they will still retain the features that have defined automobiles since its invention like the steering wheel, and the basic pedals.

The introduction of autonomous cars is currently perceived by many as an event that might put a lot of traditional car components inconsequential. That is the reason why Google killed off all the manual features in its prototype driverless car. However, Dr. Zetsche stated in his speech at Oxford yesterday, “We specifically do not want to automate the fun out of driving.”

Based from the source, the Daimler Boss reasoned out that a lot of people do not welcome the thought of giving up control on their vehicles yet. He added that even if people have accepted autonomous driving as a part of their lives, they still want to have a choice.

In addition to the factors mentioned, the report said the driverless technology is still far from totally replicating the behavior and instincts of a human driver. One instance it provided was when the German manufacturer was testing the technology using the S-Class. When the car halted at a crosswalk, a pedestrian waved it to go on. However, the car remained halted because it did not recognize the gesture of the pedestrian.