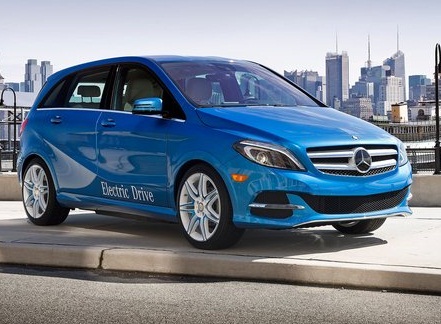 The Mercedes-Benz B-Class Electric Drive is now on sale, which received good reviews from critics. However, if money matters were to be considered, Daimler CEO Dr. Dieter Zetsche does not seem to be so confident about electric cars as of the moment.

According to Bloomberg, the Daimler Boss stated in a speech at an event in Mallorca, Spain on October 27, “You can reasonably say that nobody today is making a battery-powered vehicle that’s economically viable in its own right.” He added, “Manufacturers will not see a return within a reasonable time on the billions they’re investing now.” The statements were in reference to the Mercedes-Benz B-Class Electric Drive and basically to every automaker diving into the electric cars hype.

It should be noted that Tesla has provided battery packs and drivetrains for some vehicles of Daimler in the past like the A-Class E-CELL and its Smart ForTwo electric car. Stefan Bratzel, the director of the Center for Automotive Management at the University of Applied Sciences in Bergish Gladbach, Germany, claimed though that the Mercedes B-Class Electric Drive is by far a low-cost and low-risk solution for Daimler.

Also, Bratzel pointed out that its a good thing the B-Class Electric Drive shares an assembly line with the range’s petrol and diesel variants. At least Mercedes doesn’t need to sell a fixed amount of vehicles to cover its costs, he explained.

We understand the sentiment of Dr. Zetsche. Electric cars are not yet picking up much in a global scale due to a lot of factors. One is the limited charging station of such vehicles. Sure, Tesla claims it has a 230-plus charging stations worldwide in its website, however, these are thinly spread globally even if you add other privately-owned charging facilities in the equation. The convenience of customers might come as an issue here. Then, gas prices have been falling recently. This gives a good reason for customers to still cling to their petrol and diesel-chugging cars. Of course, a majority still needs a lot of convincing about the benefits of electric cars as opposed to the traditional variants.