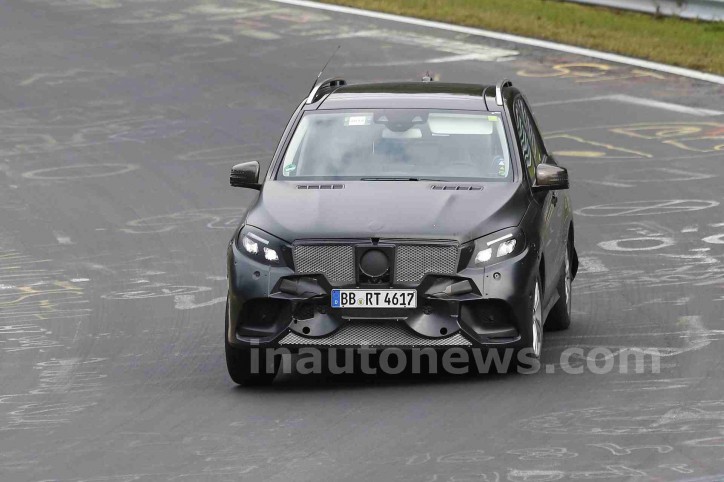 Will the successor to the ML model be called the Mercedes-Benz MLE or GLE? (Photo Source: Inautonews)

First the mid-class SUV of Mercedes-Benz was categorized as the M-Class. Then, it was rebranded to ML-Class. Now, a facelifted prototype of the range is in the works, and sources refer to it as the Mercedes-Benz MLE. Spy shots of the upcoming SUV in camouflaged form were also captured from Nürburgring as it was being given a test run.

Check out the spy photos caught by Inautonews below as the SUV cruised the endurance track:

The platform and the exposed armor of the vehicle clearly showed its strong resemblance to the ML. Thus, it is assumed that it belongs in the same range.

Logic would dictate that the covered areas probably hide the upgrades in the new model of the class. So, we will likely see changes in the design of the bumpers, hood, lights, fenders, and grille. The report said the tweaks would only be minor though.

Peeking at the interior of the SUV does not reveal any major changes too. It remained similar to its predecessor. However, we should expect a couple of new technologies found in the newer models of the other classes of Mercedes to benefit the MLE.

According to the source, the aim of the three-pointed star marque in renaming the ML to MLE is to reflect the relation of the SUV to the E-Class car. On the other hand, it should be noted that earlier sources claimed the brand would be dropping the M or ML-Class altogether, and the new model under the range would be repackaged as the GLE.