SEND US A TIP
B-Class, Technology
0

Mercedes-Benz cars aren’t just expensive because of style and quality. In these vehicles lie some of the most advanced modern driver assistance technologies you can think of, and that includes something called COLLISION PREVENTION ASSIST. 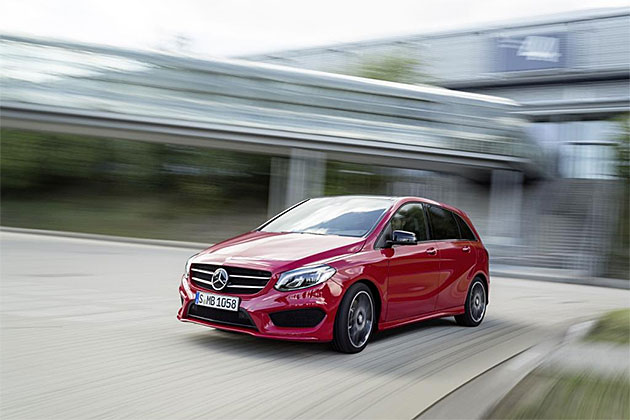 This technology can be found in the new B-Class, and it’s a standard feature that, according to Mercedes-Benz, can reduce the amount of rear-end collisions by as much as 30 percent when compared to other vehicles that do not have a similar piece of tech.

In order to come up with this figure, safety experts took figures provided by the Federal Statistical Office in Germany and stacked the effectivity of the assist system to date against simulated accident data.

This is also consistent with findings via Mercedes-Benz service centers, which found that the current B-Class line has taken less serious damage to the front, based on the amount of front cross members that had to be replaced.

In a separate study by Mercedes’ accident researchers, the conclusion was that up to 20 percent of serious rear-end collisions in Germany would be prevented if all road vehicles were equipped with a system like COLLISION PREVENTION ASSIST.

With COLLISION PREVENTION ASSIST in the new B-Class complemented by other safety systems such as autonomous braking, Mercedes-Benz is making sure that even the more cost-effective compact cars in its product line-up are loaded with the latest and greatest safety tech. Via Mercedes:

If the driver fails to act when a risk of collision is detected, despite the warning lamp in the instrument cluster and the intermittent audible alert, the system will automatically trigger braking.

On most cases, the preemptive initiation of braking should go a long way towards preventing any serious rear-end collision. At the very least, the impact is lessened considerably.