SEND US A TIP
Gallery, Uncategorized
0 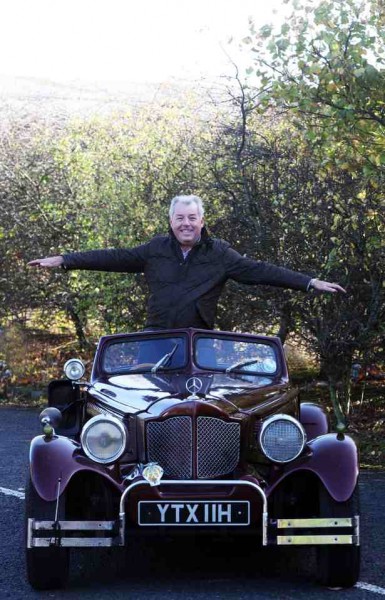 A very rare 1961 replica of a 1928 Mercedes SSK sports car was announced for auction recently. According to a ChronicleLive report, the vintage car will be going under the gavel on November 1 at Village Auctions in North Tyne Industrial Estate, Benton.

Although the two-seater car was inspired by the design of the 1928 Mercedes SSK, its engine was from a Volkswagen Beetle. It seems the car has received additional minor customization as well, looking at the new badges that were placed into its steering wheel and bumper. The source claimed the price of the replica roadster has been set between £5,000 to £7,000.

About the Original 1928 Mercedes SSK

It should be noted that an original 1928 Mercedes SSK costs somewhere around $10 million (£6,215,620.10) to $12 million (£7,458,744.12), based from the current estimates of Hemmings. However, it is hard to find an original version of the car these days because fewer than 40 units of the vehicle were built during its production stage. Out of the 40, only four or five of it are known to exist this day. The rest were either crashed while racing and cannibalized for its parts as a result, giving birth to almost a hundred replicas of the car.

The original 1928 Mercedes SSK possesses an output of 150 to 220 kW with its 7.0-liter inline-six engine. Then, its speed can go up to nearly 200 km/h, which makes it the fastest during its day.

Check out how the real 1928 Mercedes SSK looks and sounds like in the video below: