More Unveiling Pictures of the Mercedes-AMG GT and GT S 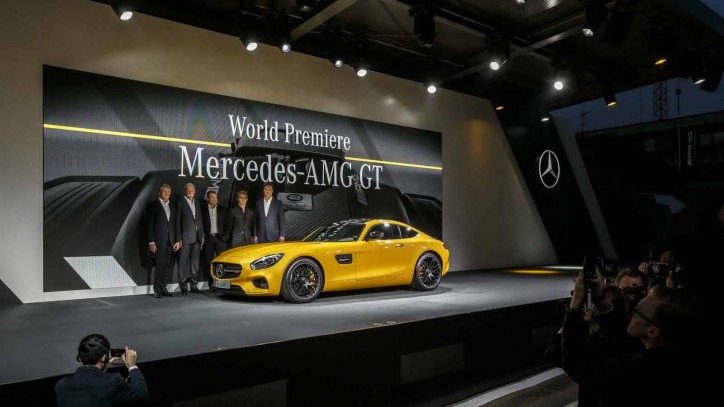 Yesterday, we posted the official photos of the Mercedes-AMG GT and GT S. In this article, we will reveal more pictures of the cars, which were taken in their unveiling on September 9.

Click the thumbnails below for the pictures in the unveiling event of AMG:

The AMG GT and GT S are considered to be the most exciting cars of Daimler this year. The new sports cars dropped the Benz extension in favor of AMG, in order to emphasize that they were completely created by the performance division of Daimler.

The unveiling event in Stuttgart started with a parade of the cars that made up the colorful history of the AMG brand. The procession was led by the 300 SEL 6.8 AMG, also known as the “Red Pig”, which was the the ticket of AMG into worldwide fame. Notably, the said car finished second during its first outing in the 24 Hours of Spa event held in 1971. It beat its more established rivals like BMW, Chevrolet, Ford and Opel.

Then, the parade of AMG cars ended with the grand entrance of the Mercedes-AMG GT into the spotlight. For the show, a yellow finish model was presented. The chassis and drivetrain components of the front-engined German sports car were displayed in the event too, plus its GT S version. It was revealed in the show as well that each M178 engine of the car was handcrafted individually.

Currently, fans can only get in the steering wheel of the car through DriveClub, a video game released exclusively for the PS4 console. The virtual variant of the car is also very much limited because it is only available in the pre-order versions of the game.