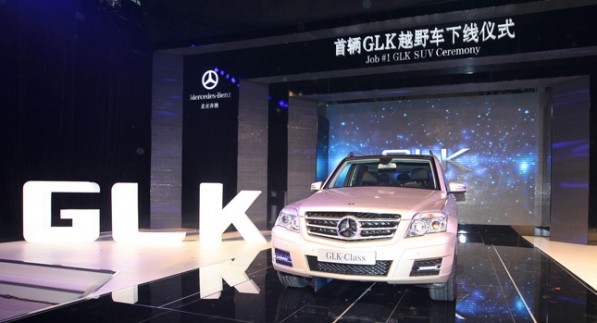 After an intensive investigation in the Chinese wing of Mercedes-Benz, the authorities have found out that the German manufacturer has violated China’s antitrust price rules. Citing the news circulated by the Chinese media, New York Times reported that the three-pointed star brand has put a very high price for its spare parts and maintenance services.

A representative of the Chinese consumer watchdog stated that their probe in the Shanghai office of Mercedes-Benz revealed the automaker breached the antimonopoly law of the country. It should be noted that around officials from the National Development ad Reform Commission (NDRC) have reportedly raided the office of Mercedes in Shanghai two weeks ago and questioned the personnel there.

The raid came despite the prior move of the automaker to mark down its prices for spare parts and other services at an average of 15 percent. The price cut went as far as 29 for the windshields.

It was not clear though if the findings of the Chinese authorities cover the other networks of Mercedes-Benz in the region. No information was given regarding the fine against the company too.

The major competitors of Mercedes came under fire as well due to price-fixing. Last week, officials announced that BMW will be fined for its alleged monopolistic activities. Audi was not spared by the Chinese regulators also.

Zhou Gao, an official from the pricing bureau, said Mercedes was guilty of vertical price monopoly. He explained the brand has exploited its dominant position to impose pricing controls over its goods and services.

Gao noted that some parts were priced 12 times more than the cost of parts in a new sedan. The same claim was also made by the Insurance Association of China, and the China Auto Maintenance and Repair Trade Association. However, NY Times pointed out that it seems like the authorities have not taken into consideration the high taxes imposed on cars, particularly imported ones.

Seynol Bayrak, the spokesperson of Mercedes in China, was asked about his company’s statement on the matter. He reiterated his earlier comment that they are doing their part in assisting the authorities in their investigation.