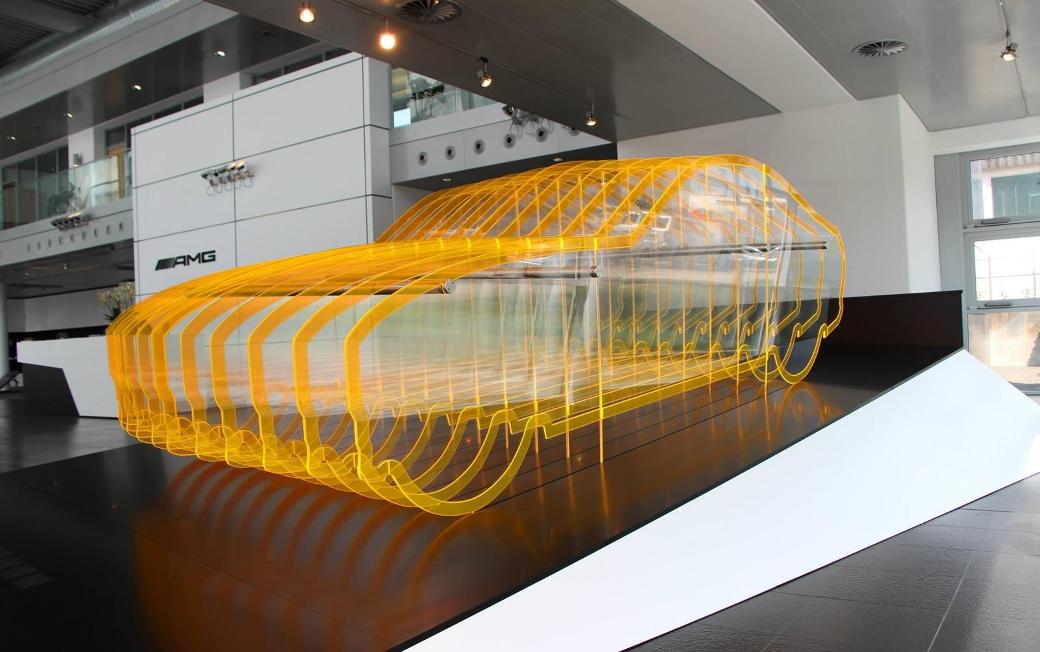 Although the Mercedes-Benz AMG GT is expected to be unveiled by October, industry watchers are already eager to feast their eyes on the latest luxury supercar of the German vehicle manufacturer. It appears that Mercedes-Benz is aiming to increase this excitement as they showcased a teaser model of the supercar, according to a recent worldcarfans.com report.

The full-size teaser model is displayed at the Affalterbach showroom of AMG. It will be necessary to use one’s imagination and creativity to see the car depicted on the teaser model, which shows the shape of the upcoming vehicle.

The Mercedes-Benz AMG GT is expected to be unveiled during the Paris Motor Show in October. Sales of the supercar are expected to start in March 2015, with the first available models will be the GT-S featuring a 4.0-liter twin-turbo V8 engine. This particular model will offer a power output of 503 HP and 479 lb-ft of torque.

The Mercedes-Benz AMG GT is capable of accelerating from 0 to 62 mph within 3.9 seconds, according to AMG chief Tobias Moers. The AMG GT is not considered as the replacement of the Mercedes-Benz SLS AMG since it does not feature the gullwings of the SLS AMG and it is considered cheaper and smaller than its predecessor.