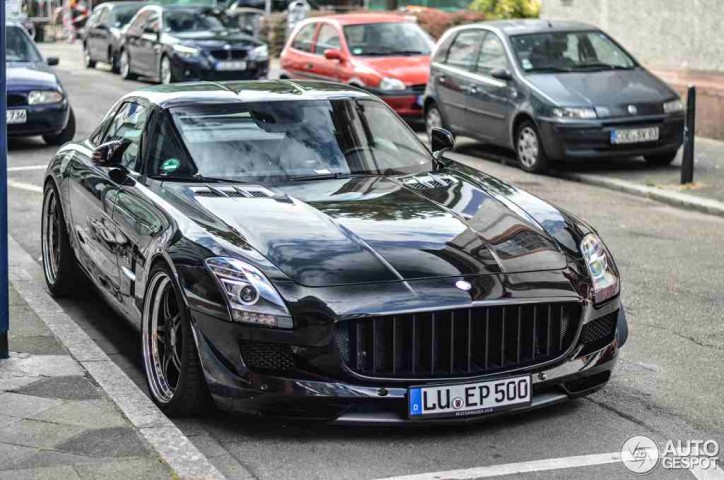 A mean-looking Mercedes SLS AMG was recently spotted along one of the streets of Mannheim in Germany. The vehicle was treated to a Kicherer-style tuning, which gave its front fascia a brutal appearance.

Kicherer retained most of the car’s stock features, but it certainly gave the outgoing Mercedes SLS AMG a super aggressive aura. The most noticeable trait of the car is its nasty-looking front grille featuring around twelve vertical bars.

While there have been mixed reactions on the way Kicherer customized the front grille, it surely made the vehicle unique and it provided the car a very refreshing look when compared to its standard version.

The car was also fitted with the signature black 21-inch RS1 wheels of Kicherer complete with a brake package. The fun does not end there though. Kicherer offers an optional supercharger system for the facelifted vehicle too. The system is capable of boosting the output of the car’s 6.2-liter M156 engine further.

So, from the standard 552 hp output of the Mercedes SLS AMG, its power is increased to 700 hp with an 840 Nm of torque. Overall, these give the car a top speed of more than 300 kmph. Then, the sprint of the car from zero to 100 kmph is only accomplished in an average span of 3.4 seconds.

Check out the photos of the Kicherer-tuned Mercedes SLS AMG in the gallery below, which were provided by Motorward: