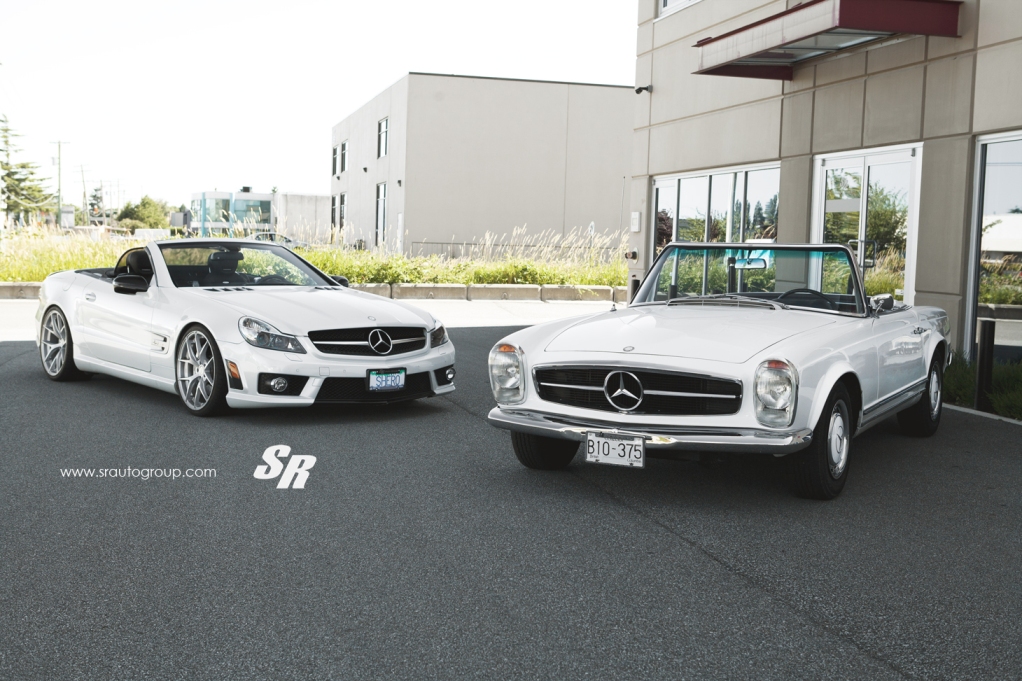 The Mercedes-Benz 230SL was considered as the best-looking luxury vehicle during its era. Powered by a 2.3-liter six cylinder engine, it was capable of producing 150 HP of power. A number of celebrities were proud owners of the vehicle, including John Travolta, Kate Moss, and the late John Lennon.

Recently a W113 model was placed side-by-side with a Mercedes-Benz SL63 AMG, and the images show some noticeable similarities between the two luxury vehicles, as indicated through an autoevolution.com report.

The SR Auto Group organized the photo shoot putting the old and new vehicle beside each other. The Canadian tuning specialist focuses on wheels, which makes it fitting since the older luxury vehicle was known for its wheel covers. The wheel covers combined the wheel trim rings and the hub caps, which were separated before the vehicle entered the market.

However, between the R230 and the 230SL, the latter may be considered to be more stylish than the former taking into consideration the era these vehicles were released into the market.

Despite this marked difference, the Mercedes-Benz SL63 AMG and Mercedes-Benz 230SL can be considered impressive vehicles that lived up to the expectations of a number of industry watchers.