SEND US A TIP
Featured, Videos
0

Video: MacGyver with Mercedes-Benz Citan Take Out the Bad Guys 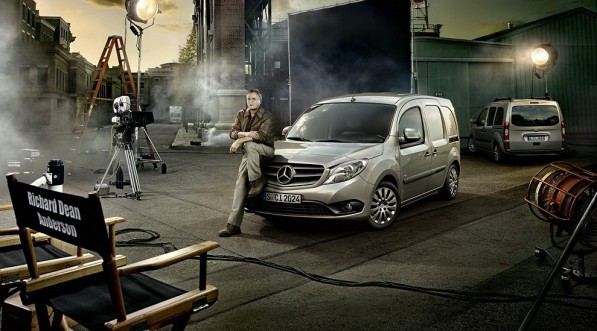 It’s been decades since we last saw MacGyver blow up bad guys in our TV sets. So, if you are wondering what he is doing now after his retirement, this new video from Mercedes-Benz shows that he is still an active member of the society. He is still doing what he does best like tinkering with complex household and industrial equipments, minus the killings.

The short video shows that MacGyver is already a family man with one daughter who assists him in his work. The DIY man appears to be clueless about the new technological trends in our generation though like how emails work.

The former Department of External Services (DXS) responds to calls for his services and drives around the neighborhood using his ever-reliable Mercedes-Benz Citan. However, during one seemingly ordinary job that appeared to be a simple air conditioning issue, trouble looked to have found its way to him again.

Check out how he managed to outwit the bad guys once more with his years of experience in the battlefield and his cool Mercedes-Benz Citan:

Although the film mostly focused on MacGyver’s adventure, giving us the idea that he still has it after all these years, not much was featured about the Mercedes-Benz Citan. It did show that its armor is quite durable though as it even withstood bullet shots, and it did not get major damage when it was used to sandwich the robot between its rear and solid steel container.

It was quite entertaining though compared to the recent Mercedes-Benz GLA ad featuring Super Mario.