The Upcoming ForTwo and ForFour is Smart’s Last Chance 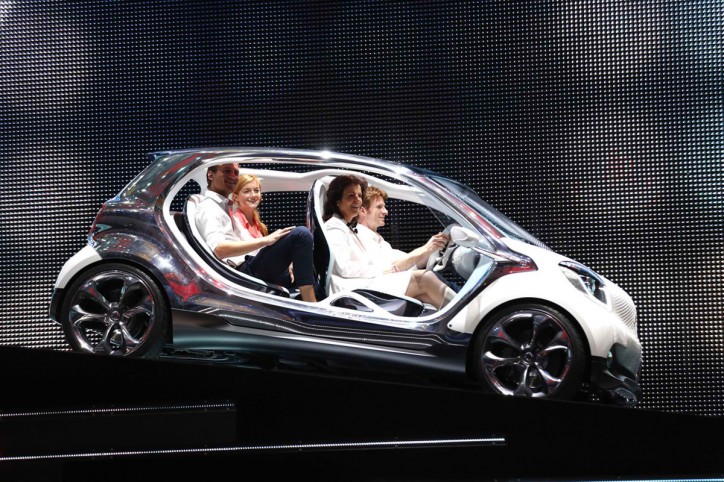 The new ForFour of Smart will offer more leg room according to Daimler. (Photo Source: Bloomberg)

Back in 1998, Daimler introduced a solution for motorists in crowded cities who usually have a hard time maneuvering and looking for a parking space. The answer came in the form of the Smart ForTwo.

The two-door and two-passenger Smart car was projected to be a hit, because aside from its improved maneuverability and compact size, it was also offered in a more affordable price. The 98 inches long, 60 inches wide and 61 inches high car was only sold in the market at $9,150.

Fast-forward to the present, after losing around $4.1 billion in the brand based on the analysis of Bankhaus Metzler, the parent company of Mercedes-Benz finally came into a realization that the failure of its Smart car to actually pick up in the market lies in its size. In other words, the ForTwo is just too small according to Bloomberg.

The lack of legroom was supposed to be taken cared of by the succeeding ForFour model, but still, it wasn’t big enough to woo more buyers. So, Daimler made a new ForTwo and ForFour this year.

The source stated that the new ForTwo would be 4 inches wider. The upcoming ForFour will be a bit bigger too. However, its size will not be more than the other minicars in Europe such as the Fiat 500, Opel Adam and the Volkswagen Up!.

Annette Winkler, the chief of the Smart division of Daimler, was asked about the future of the Smart brand by the source. She said, “the introduction of the new models is a very special and important moment.” Winkler added that the two vehicles would pave the way for the new era at Smart.

Stefan Bratzel, a former marketing manager for the Daimler brand, now the director of the Center of Automotive Management at the University of Applied Sciences in Bergisch Gladbach, Germany pointed out that the new generation of Smart cars would be the brand’s last chance to justify its existence, so they’d better get it right this time.