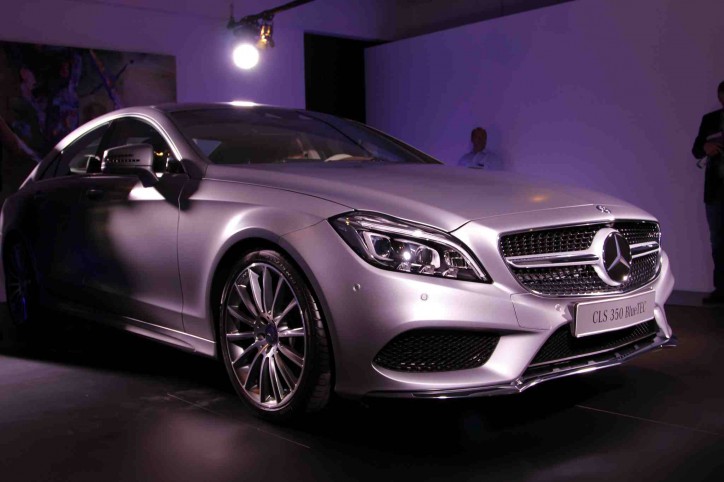 Aside from the famous Mercedes-Benz-themed arc in the Goodwood House at the 2014 Goodwood Festival of Speed, another attraction from the German marque is the official public debut of its facelifted Mercedes-Benz CLS.

Due to the very fast movement of information nowadays, thanks to the Internet, the pictures of the car once again surfaced before its official unveiling. Just this Friday, MB Passion was able to get an exclusive preview of the car in London prior to its debut in the Goodwood event, and was kind enough to share its photos in its site.

Here are the photos of the new Mercedes-Benz CLS in London before its official unveiling:

As reported earlier, the Mercedes 350 BlueTEC is equipped with a six-cylinder turbo-diesel engine capable of producing an output of up to 190 kW and 620 Nm of torque. On the other hand, AMG version carries a 5.5-liter biturbo V8 engine. The engine provides an output of around 410 kW and 720 Nm of torque.

Among the other highlights of the car, in addition to its enhanced look, is its lighting system. The vehicle is fitted with the Multibeam LED headlights that automatically adjust themselves depending on the lighting conditions present on the road. The new system also provides a more optimized illumination. Then, going inside, one of the prominent add-ons there is the 8-inch tablet-style media screen on top of the dashboard.