SEND US A TIP
Concept, G-Class
0 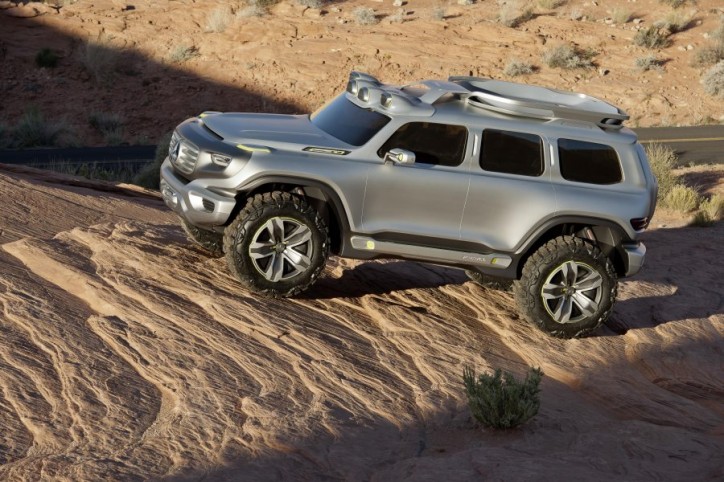 Sources at Mercedes-Benz stated that the brand is already considering about putting major upgrades in the G-Class, particularly its styling which has remained unchanged since it came out in 1979. However, the people inside the company are proceeding with the exterior changes with caution, so as not to destroy the reputation of the iconic vehicle in terms of styling.

According to the people at the Automobile magazine website, the military models of the Mercedes-Benz G-Class will probably remain unchanged in its design, but the civilian version will undergo a couple of updates.

The report said the vehicle for private buyers will be smaller and car-based compared to the current truck-based version. Then, the upcoming model will be categorized under the GLB-Class.

The style of the GLB will be heavily borrowed from the Ener-G-Force concept without the top-mounted headlights and flat windshield. This is to improve its aerodynamics.

Despite the smaller length, the wheelbase of the vehicle will be extended by around 4 inches to allow the placement of three rows of seats. Moreover, its frame will be made from aluminum in order to reduce its weight and significantly improve its fuel-efficiency.

Under the hood of the planned vehicle will most likely be a four-cylinder 2.0-liter diesel or 2.0-liter gasoline engine. It is also rumored that an AMG version, called the Mercedes-Benz GLB 45 AMG will follow.

The market release of the vehicle is still a long way from the present. The source speculates that the GLB might hit the production line by year 2019.