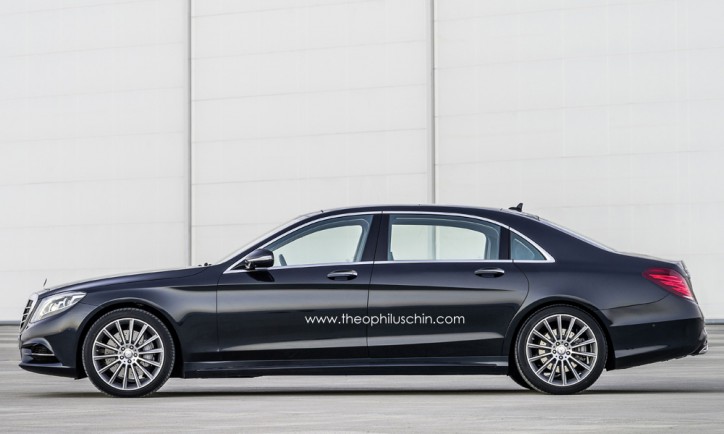 The new Mercedes-Benz S-Class Pullman is set to redefine ultra-luxury experience when it comes out some time in 2015. According to a report from Bloomberg, the extra high-end features of the car will bring up its price at around $1 million.

The million-dollar price tag would make the car more expensive than the top-of-the-line Rolls-Royce car. In fact it will make it the most expensive sedan in the world.

The Mercedes-Benz S-Class Pullman will utilize the platform of the next-generation of S-Class. Its body will be slightly stretched and its wheelbase will be wider to fit three rows of seats, including the driver and front passenger seat.

The two rows in the rear will be facing each other based on a source inside the company. They will be separated from the front row through a partition window to allow discretion from the chauffeur.

In a separate post from Car and Driver, the Mercedes-Benz S-Class Pullman will be making extensive use of lightweight materials such as aluminum to optimize its power and performance. Bloomberg speculates that it might be offered with an armor plating similar to the ones owner by former Philippine president Ferdinand Marcos and designer Coco Chanel.

Going under the hood, the Mercedes-Benz S-Class Pullman will likely come with a 5.5-liter biturbo V12 or a 4.6 liter twin-turbo V8 engine.

Critics question about the ability of the Pullman range to compete with popular and more established ultra-luxury brands like Bentley and Rolls-Royce though. They explained that using a platform already present in the standard S-Class was one of the key failures that led to the lack of consumer excitement for the Maybach marque. Now, Mercedes is doing it again with the Pullman.